‘More jobs for a conflict-free community’ 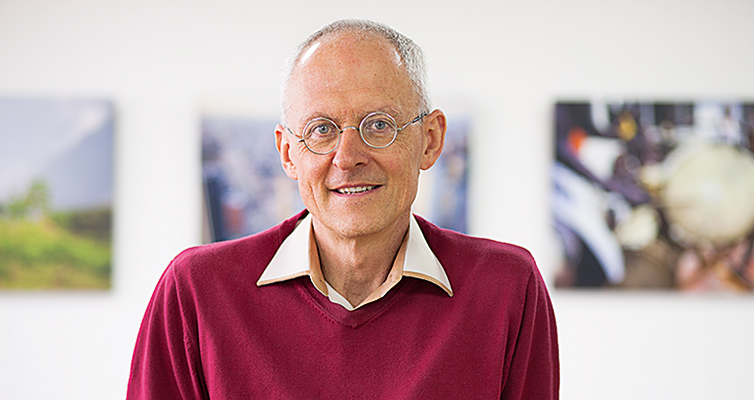 How can GIZ support peacebuilding in Colombia?
The peace treaty explicitly names Germany as a partner supporting implementation of the peace agreement. With our peacebuilding programmes, we are supporting efforts to come to terms with the past, along with the search for around 100,000 missing persons and transitional justice. We are also working to strengthen civil society to enable peaceful coexistence. But there are other initiatives too, from the private sector for instance, that are helping to build peace, such as creating jobs in rural areas.

Why is it particularly important to support rural regions?
This is where the conflict began. By creating jobs and boosting incomes, we want to create conditions that foster a strong, conflict-free community. Our objective is for environmental, economic and peacebuilding aspects to be united in participatory spatial planning and development planning processes. Which areas and regions need to be protected? Which areas will be used for cultivation in future and where can industry be developed? And what happens to land that was taken from the original owners during the conflict? After Syria, Colombia has the highest number of internally displaced persons in the world – between seven and eight million. Here too, we’re attempting to help as part of the Special Initiative on Displacement and give people job and income prospects.

What are the biggest challenges?
The Colombian Government is trying to drive the peace process forward and implement regional development plans, but coming to terms with the past is complicated. Not all those currently in power have a political interest in uncovering possible crimes. This is not unusual in societies that have experienced such heavy violence and conflict. So our projects also aim to create a basis for people to live together peacefully though a common understanding within civil society. What is really satisfying is when we receive feedback from discussions in former conflict regions that people appreciate our support for peaceful coexistence, even though they are traumatised by the loss of family and friends.

Colombia has taken in three million people from Venezuela. What does that mean for GIZ’s work?
If we want to provide efficient support for the peace process, we need to help migrants too. They are cheap labour – for example, for illegal coca growing. The armed groups are also recruiting migrants. It’s no coincidence that the ELN, Colombia’s largest guerrilla group, has doubled in size to 4,000 fighters in the space of just 18 months. The state and other organisations provide initial food and treat new arrivals who are sick. But socioeconomic integration is also important, and we are one of the few organisations focusing on this area. Official sources indicate that Colombia is currently hosting three million Venezuelan nationals. It is easy to imagine the impact of this in a country with a population of around 50 million. We are working with host communities to create prospects for the Venezuelan refugees.

How can Germany help build peace?
The current peace process is not Colombia’s first, and it is also important that past mistakes are not repeated. Germany has plenty of experience to contribute – for example, of coming to terms with the past and of reconstruction. These areas, and German reunification, are of interest to Colombia. However, Germany’s experience of dealing with the wave of migrants who arrived in 2015 is also valuable. For example, Colombia does not yet have a system for registering Venezuelan refugees so that they can work.

What is your personal goal?
I would like to support the peace process – in the hope that our programmes will eventually be redundant. Colombia will no longer require our experience if it achieves lasting peace. And then, perhaps, we will have a partner that remembers that we provided support during difficult times.