Disappeared, but not forgotten

In Colombia, more than 80,000 people are believed to be missing. Families want certainty about the fate of their loved ones. The truth can help to foster peaceful coexistence.

‘The worst part is not knowing,’ says Socorro Durán: ‘A mother needs to know what has happened to her sons and be able to bury them.’ The 75-year-old holds up photos of two young men. They are of her son Reinaldo, who disappeared on 15 December 2001. No trace of his body has ever been found. And her other son Florentino, who vanished on 23 April 2003.

‘It was lovely on the finca, we had cows and chickens,’ Durán says, recalling her life on a small farm in northern Colombia near the city of Cúcuta, close to the Venezuelan border. ‘Until the paramilitaries came. They wanted to kill my husband, because they thought he was a go-between for the guerrillas.’ When they couldn’t find him, they threatened to return – and murder one of her sons.

Shortly afterwards, Durán began investigating for herself and learned from various sources that Reinaldo was in the hands of the paramilitaries. She went to the river to keep a lookout. ‘Our finca was quite far upstream. From our boat, we often saw bodies and body parts floating in the water,’ explains the mother, who used to have four sons. ‘I was prepared for the worst. But not for the fact that I wouldn’t even be able to bury him.’

Colombia’s National Center for Historical Memory estimates that there are more than 80,000 ‘desaparecidos’, the Spanish term for disappeared. This is a consequence of the armed conflict that has persisted for the past 50 years. State institutions, non-governmental organisations (NGOs) and human rights activists are working across the country to solve these cases, which often involves painstaking detective work.

GIZ is supporting state and civil society actors with these efforts on behalf of the German Development Ministry and the EU. One example is ‘PoderPaz’, an NGO in Cúcuta that provides support to families and is run by Judith Maldonado. ‘We need to find out the truth. How else can we live together in peace?’ says the lawyer. ‘To push things forward, we need to apply some pressure. Because in many cases the public prosecutor doesn’t do any investigating at all.’

Whether this is out of fear or a lack of interest in finding out the truth, Maldonado doesn’t say. She herself has already received several death threats and survived a bomb attack. Even after the peace treaty between the Colombian government and the Farc, the largest guerrilla group, entered into force in late 2016 following lengthy negotiations, calm has still not returned to the country.

‘Searching for the disappeared is a mammoth task,’ echoes Luz María Monzón, director of the government’s search unit Unidad de Búsqueda de Personas Dadas por Desaparecidas. She puts this into figures: ‘Behind every victim, there’s a family. So we’re talking about up to a million people who are expecting answers and hoping to see their loved ones again one day – or at least be able to bury them.’

Staff at the search unit are investigating people buried as ‘N.N’ (nomen nescio – name unknown) in cemeteries across the country. They are searching for hidden mass graves and working to link together all the data from the various authorities. A gene bank is being created. However, Monzón says that politicians are reluctant to support the search for the disappeared, and complains about the lack of funding. This makes help from other countries all the more important, she says, such as GIZ’s support through its programme to support peacebuilding in Colombia (ProPaZ).

Socorro Durán has achieved a great deal in the many years she has been searching. Under the Justicia Especial Para la Paz (Special Jurisdiction for Peace), a paramilitary admitted to having been involved in Reinaldo’s murder. ‘I know that I’m lucky to have found out anything at all,’ Durán says. ‘But until Reinaldo’s body is found, I will keep on looking.’

The remains of her other son, Florentino, were recovered. He had been shot by the military and was alleged to be a guerrilla fighter. In the 2000s, thousands of young men were the victims of these kinds of military campaigns, which were engineered to improve the then government’s record in fighting the guerrillas. Florentino was identified from bones that were found: ‘The top part of the little finger on his left hand was missing, and he had a platinum filling in one of his teeth,’ says his mother. ‘But I still insisted on a DNA test – I wanted to be absolutely sure. Now I know where he is, and I can visit his grave. For that, I thank God – and everyone who has helped me in my search.’ 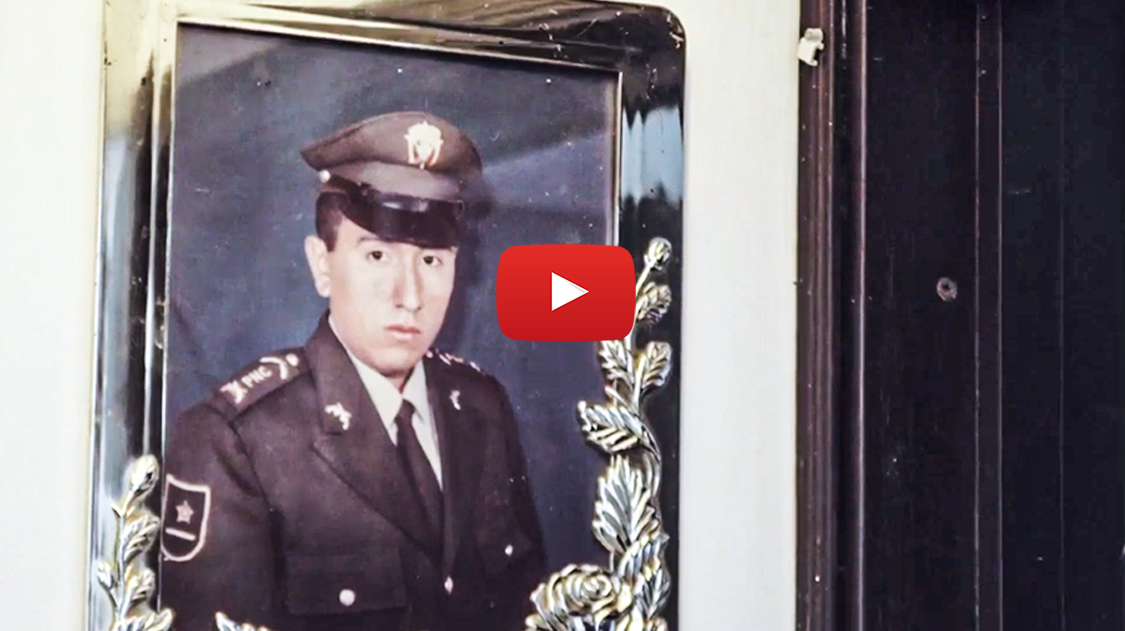