The key to success

Gender equality is mainstreamed in GIZ’s Corporate Principles and is crucial for sustainable development. 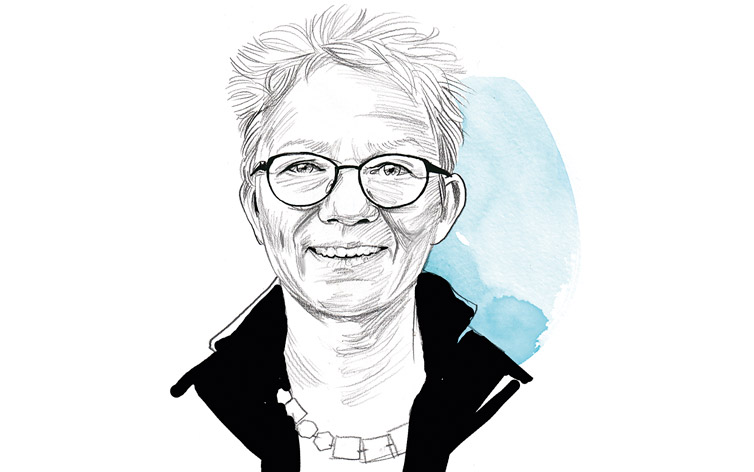 ANGELA LANGENKAMP is the gender spokesperson at GIZ. angela.langenkamp@giz.de

Gender equality is an essential part of a future worth living. The 2030 Agenda for Sustainable Development underlines the fundamental importance of gender equality. It is not only a goal in itself, but also a guiding principle and integrated into 11 of the 17 Sustainable Development Goals.
No country seeking to develop and flourish can afford to do without the skills, creativity and knowledge of half of society. These are often women and girls unable to reach their full potential due to discriminatory standards and legislation and prevailing power constellations. According to the World Bank, 104 countries currently have laws that prevent women from working in certain jobs and 59 countries have no laws against sexual harassment in the workplace.

For GIZ, this first and foremost means being fully informed about the gender relations in the countries in which we operate and taking them seriously. The following example shows just how important this is. In the 1990s, women in Kenya received support in planting tree nurseries in order to produce fuelwood, a renewable resource. The project very nearly failed because ownership of wood from the trees was traditionally transferred to men as soon as the tree trunks reached a specific diameter and thus attained a certain commercial value. Women were then not allowed to use the trees as a source of firewood. Once the problem was identified, the focus shifted to planting bushy tree species instead, and women were once again able to use the trees they planted, thus ensuring the success of the project.

Since 2001, GIZ has been conducting gender analyses at the start of new projects. And a special management system is in place to ensure that our work is guided by human rights principles. We aim to make an effective contribution to reducing existing gender-specific disadvantages and discrimination. We also strive to promote gender equality and proactively avoid harmful effects.

Promoting gender equality requires political will and strategic partnerships. Examples of these include the Gender Diversity Management project and the #eSkills4Girls initiative of the German Federal Ministry for Economic Cooperation and Development (BMZ). In two thirds of all countries worldwide, the proportion of men who use the internet is higher than that of women. As a result of the initiative, heads of state and government agreed at the 2017 G20 summit in Hamburg to promote education and employment opportunities for girls and women in the digitalised world. Through 31 flagship projects, the #eSkills4Girls initiative is helping to close the digital divide. Support provided for 20 workshops in 2017 enabled over 8,000 participants from 17 countries to improve their digital literacy.

In Egypt, Jordan, Morocco and Tunisia, GIZ is working on behalf of BMZ to improve employment opportunities for women through targeted cooperation with the private sector. More than 100 companies have taken part in gender diversity management events. Seven companies with more than 6,000 employees have signed cooperation agreements to increase the proportion of female employees and create family-friendly working conditions.

Striving for equality in everything we do is an important foundation for our corporate sustainability and our credibility. We have yet to achieve this in all areas and at all levels. But continued and consistent progress at all levels will make us a strong partner on the international stage, now and in the future.