On course for a better future

Following the Maidan Revolution, Kyiv has begun to decentralise Ukraine. Local authorities can now decide how they spend their money themselves. A trip into the provinces shows how people's quality of life is improving.

‘I feel like a ship here, sailing full steam ahead into the open ocean,’ says Olena Tertyshna. The Black Sea may be more than 200 kilometres away, but her glass office towers above the city’s central square like a ship’s bow. Tertyshna is the Director of the Dnipro Local Government Development Centre. In her mid-forties, she is responsible for supporting the administrative reorganisation here in eastern Ukraine. This is no easy task in a country that still has all the trappings of Soviet structures and in which all power used to emanate from central government, with lower levels of government having virtually no say in decision-making. Tertyshna heads a good team that also weathers intense storms – and, fully convinced of her mission, she has her eyes firmly fixed in the direction of Europe. 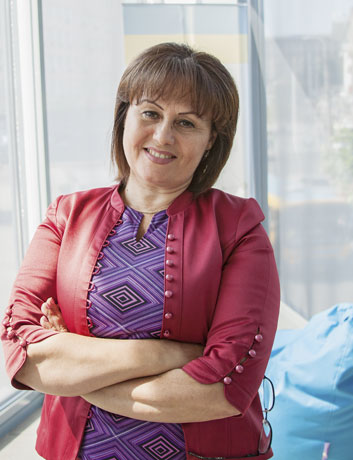 New authority, responsibilities and direct tax revenue for local authorities are to bring about a better quality of life, and not just in metropolises such as Kyiv and Odessa. However, many communities were previously so small that they were unable to shoulder any larger responsibilities such as the planning and management of schools and health centres. Consequently, they are now being encouraged to come together to form larger municipalities that are able to pay for new infrastructure. This is also to help improve relations between the state and citizens. The Local Government Development Centre in Dnipro is one of 24 such centres throughout the country which have been up and running since 2014, including in the crisis-hit eastern region.

As partners of the Ukrainian Ministry of Regional Development, the Deutsche Gesellschaft für Internationale Zusammenarbeit (GIZ) GmbH and the Swedish International Development Cooperation Agency (Sida) are working together to implement the large-scale programme by 2020. The programme is being financed by the EU, as well as Denmark, Estonia, Germany, Poland and Sweden. 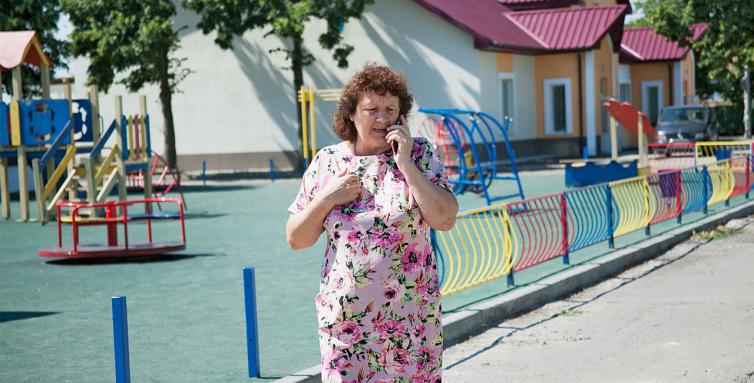 Under the decentralisation reform, the new local administrative divisions have significantly more money at their disposal, which they can manage themselves. Local officials are receiving training to ensure that they are able to carry out this work. Mayors, councillors and others responsible for implementing the changes can also obtain advice from experts at the local government development centres. 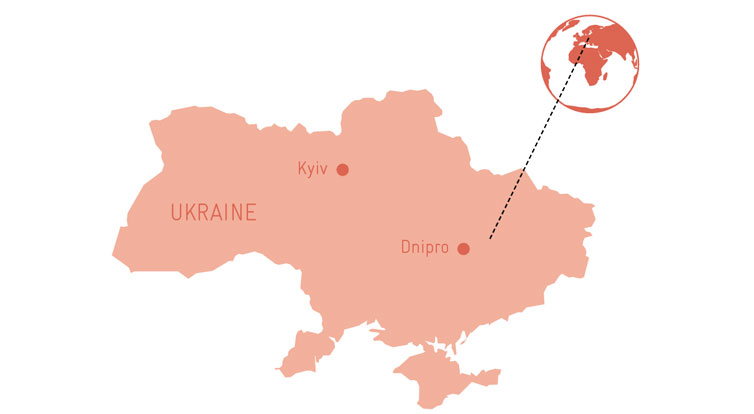 Ukraine is undertaking far-reaching reforms. Local authorities are reorganising and can for the first time act autonomously.
The goal is to achieve more democracy, transparency and responsiveness to citizens’ needs.
Germany is working with the EU and other member states to support the country on this path.

From aid recipients to shapers of the future

Four years on from the triumph of the pro-European Maidan Revolution in 2014, the decentralisation of Ukraine is the most popular reform achievement according to national surveys. Other changes such as ending corruption and oligarchy rule, however, will take more time. Nonetheless, the decentralisation is already having a tangible impact on the everyday lives of over six million Ukrainians. To date, 705 new municipalities have been formed on a voluntary basis. For the first time in the history of Ukraine, these local authorities have control over how some of their tax revenues are spent. Previously they had to hand them over in full to the central government and were merely passive recipients of thinly distributed resources. The pro-Western Government of Ukraine has now largely done away with this unpopular legacy of the Soviet Union.

This becomes apparent 40 kilometres east of Dnipro, where a village in the middle of the steppe now boasts a modern kindergarten, along with a practice traffic circuit. Stepove does not yet have traffic lights or pedestrian crossings, but that is only a matter of time. The goal is to prepare local youngsters for the new transport infrastructure. ‘We’ve achieved more in the last two years than in the 50 years before,’ enthuses village leader Jevhenia Korennaya. Once an activist in the communist youth association, she has been representing the village’s 1,000 inhabitants for 15 years. Three years ago, she vigorously campaigned for the merger with Slobozhanske, a peri-urban community some 20 kilometres away, and the majority of residents voted in favour of it. The new and significantly larger municipality now has UAH 27 million (around EUR 900,000) in its coffers as opposed to the previous UAH 1 million. As a result, it has been able to expand the sewerage system and modernise the village school. Korennaya also proudly adds that the kindergarten’s facilities are now ‘like those of a city kindergarten’. She receives the visitors in the newly constructed fire station. The lively 60-year-old created 12 jobs in the process. ‘The first ones in a long time,’ she points out emphatically. In the past, the fire engine was stationed in Dnipro and sometimes took over an hour to reach the village in emergencies. ‘We’re now far more effective at fire-fighting,’ says Korennaya.

Six million Ukrainians
are already benefiting from the decentralisation process.

340 staff
from Ukraine and many EU countries work for U-LEAD with Europe.

The EU and five member states
are financing the project: Denmark, Estonia, Germany, Poland and Sweden.

‘We aim to encourage citizens to take personal initiative and act under their own responsibility. We’ve already seen a major boost to development,’ says Bastian Veigel, who is director of the large-scale programme U-LEAD with Europe and is based at the head office in Kyiv. A total of 340 experts work for U-LEAD, around 95 per cent of them national personnel and experts.

Back to the steppe, east of Dnipro. It also becomes clear in the community of Slobozhanske, with which Stepove has merged, that it is the seemingly tiny steps that often ensure the ultimate success of reforms. Community leader Ivan Kaminski presents the recently established meeting place for senior citizens. They still meet in an air-raid shelter, but there are plans to construct a dedicated building, explains Kaminski. A number of pensioners have gathered here today. ‘It’s so boring being at home on your own. Here, we can knit, sing and reminisce about our youth together,’ says Irina Drahinoga. In this small provincial Ukrainian town, old and young are experiencing for themselves the improvements emerging from the restructuring of the municipality.

‘If people are experiencing things like this, then we are heading in the right direction,’ explains Olena Tertyshna in Dnipro, adding that this is a way of promoting democracy and economic development. ‘If decentralisation succeeds, then the public will finally have more confidence in the state,’ says the Director of the Local Government Development Centre. She has hung a map of the administrative district on the wall. Red arrows indicate potential amalgamations between communities that have not yet taken that step. With 56 merged municipalities, Tertyshna and her team are already leading the way in Ukraine, and she intends to keep going full steam ahead. 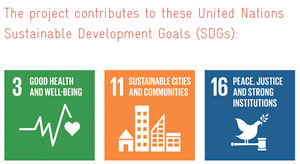