Amel Saidane, Viktor Andrusiv, what do you associate with the term ‘responsibility’ when you think about Germany?

Amel Saidane: Consistency, leadership in Europe, and values of citizenship, because it’s never only about yourself; it’s also about the community. Germany does not give the impression of a manipulator nation with a hidden agenda; rather it conveys an image of transparency and clarity in its approach and communication.

Victor Andrusiv: Looking at Germany’s responsibility, particularly with respect to Ukraine, I find two factors important: reliability and – like Amel – consistency. The first to me means that people have a high level of trust as to what is said by German officials. With regard to the second factor, what is said should be supported for a long period of time, regardless of internal political changes.

Where in international affairs is Germany acting responsibly, and where should it do more?

Saidane: Germany is acting responsibly in areas like immigration, environment, personal data protection, etc. It has shown commitment in peace negotiations, even those relating to the sensitive Palestinian-Israeli conflict. However, Germany might want to think of ways to reinforce its leadership in Europe in order to strive for stronger cohesion within Europe.

Andrusiv: From a Ukrainian point of view, Germany is acting very responsibly with regard to our sovereignty, human rights, democratic freedoms, and financial and technical support of reforms.

‘Germany might want to think of ways to reinforce its leadership in Europe in order to strive for stronger cohesion within Europe.’

In the past it was often said that Germany was an economic giant but a political dwarf. Would you say this description is still accurate today?

Andrusiv: I would say this description has become more accurate in the recent past. The active role of Germany has been dissolved in the formless international approach of the European Union (EU). More and more conflicts around the EU remain unresolved because of a weak European Commission: the conflict in Syria – seven years – and the conflict in Ukraine – four years – are just two examples.

Saidane: Somewhat accurate, I would say. In the past, Germany had a reserved international policy approach, probably due to its special history. From there it has moved forward in a responsible fashion, staying open and respectful to other nations. In my view, though, Germany should work on developing a strong intentional communications strategy to foster a perception of balanced leadership at both the economic and the political level.

Some argue that Germany, together with its European partners, should balance out the United States, Russia and China. It should defend the values of the Western world. Do you think the EU is fit to handle such a job?

Andrusiv: The most important issue for the EU today is to balance itself and its close territories. The growing menace of right-wing populists in Poland and Hungary, left-wing populists in Italy, Brexit – all of this could become a trigger for a huge regional crisis. The problem requires new approaches and solutions. It is important to change the position from ‘we are disturbed’ to ‘we actively respond to any new threat’. Without this, the EU will not be able to compete with the USA or China.

Saidane: I agree that Germany should create a counter-balance through Europe because someone has to do it in order to balance the craziness of the world and the strong tendency of nations to close up. However, processes within the EU might hamper that, so Germany might sometimes have to stand up as a country and not wait for the rest of Europe.

Having trained as an electrical engineer in Germany, Saidane initially worked for Siemens and Microsoft after she returned to her home country of Tunisia. She has founded several start-ups and is now a much sought-after entrepreneur, advisor and mentor.

A political scientist, Andrusiv is the Director of the Ukrainian Institute for the Future, an independent think tank founded in 2016 by representatives from the world of politics and the public and private sectors.

Germany has repeatedly been depicted as a soft power. Do you agree with that attribution?

Saidane: It is indeed a soft but firm power. Germany has often shown courage to lead in making tough decisions, such as on migration. It engages in dialogue, which gives it credibility. It’s never a one-person show in Germany, unlike some other countries.

Andrusiv: I agree. However, the rise of new threats and conflicts can turn ­Germany into a ‘weak power’. It is ob­vious that soft approaches do not always bring expected results, prompting Putin and others to use this in their interests. So it is time to recognise that soft ­approaches have to be accompanied by other means, including financial and military measures.

How would you assess your country’s cooperation with Germany?

Saidane: Consistent and frank. But it stays fragmented. It should move more towards the strategic level, legal frameworks, etc. Germany has strong leverage in Tunisia and should maybe be using this to lobby and influence. Also, German cooperation tends to work in isolation. A stronger collaboration with other donors could lead to a stronger impact and less fragmentation.

Andrusiv: In Ukraine, we receive a lot of support from Germany relating to infrastructure, decentralisation reform and technical assistance. However, the results of cooperation should be visible faster. For example, a lot of funds are spent on decentralisation processes. The aim is to support the community level so that it has more political and financial power. Very small communities can cooperate with each other in order to better manage the construction and maintenance of schools and hospitals. About 3,400 communities decided to do so; 7,800 have yet to come up with a decision. In my view that could be much faster. The real problem, however, is a lack of professionals in local management. Germany should change its approach from supporting the Ukrainian state requests to supporting civil society and investment, as well as increasing support for education. Cooperation should take more of a horizontal approach: German business – Ukrainian business, German NGOs – Ukrainian NGOs, etc.

‘From a Ukrainian point of view, Germany is acting very responsibly with regard to our sovereignty, human rights and reforms.’

What would you expect from this cooperation in the future?

Andrusiv: I would expect strong ties between Germans and Ukrainians on the level of society, not government.

Saidane: As I said, I would prefer Germany to work more on the strategic level rather than engaging in projects.

Ten years down the road, where do you see Germany in the international arena?

Saidane: I see it as a leader in industry and in digital advancement, attracting talent from all over the world, which will give it more openness and power for diversity. It will reinforce its leadership in rethinking Europe to make the EU stronger and more agile. And it will find a way to connect with the African continent and with innovative African youth.

Andrusiv: In my mind, Germany is at the heart of a new global infrastructure for peace and sustainable development. —

The ‘Germany in the Eyes of the World’ study that Amel Saidane and Victor Andrusiv took part in is the third of its kind to be conducted by GIZ. Based on this model, GIZ has now developed a study on how Ukraine is perceived in Germany. The country became the centre of attention – including in Germany – for a short period following the protests in Kiev, the events in the Crimea and the war in the east. However, this is no longer the case, although relations between Germany and Ukraine remain diverse and multifaceted. GIZ interviewed 44 German experts on Ukraine from the worlds of politics, business, science, academia and civil society. The key findings: the Ukrainian economy is a ‘sleeping giant’ rich in raw materials, but with a great deal of unused potential. The lack of legal certainty damages companies, which is why judicial reform is so important. The migration of young, well-educated people poses a further threat. Politically, it is important that Ukraine remains a ‘European project’. —

Download: www.ukraine-woche.de
The printed version can be ordered by emailing andreas.schumann-von@giz.de 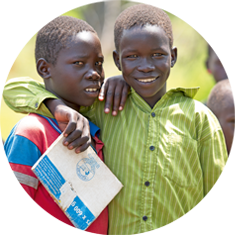 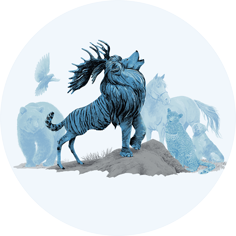 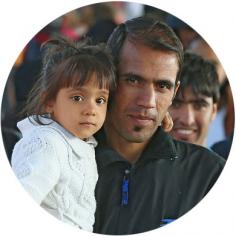 More about the study at deutschland.de