How Morocco is strengthening renewable energy. A guest article by Minister of Energy Aziz Rabbah. 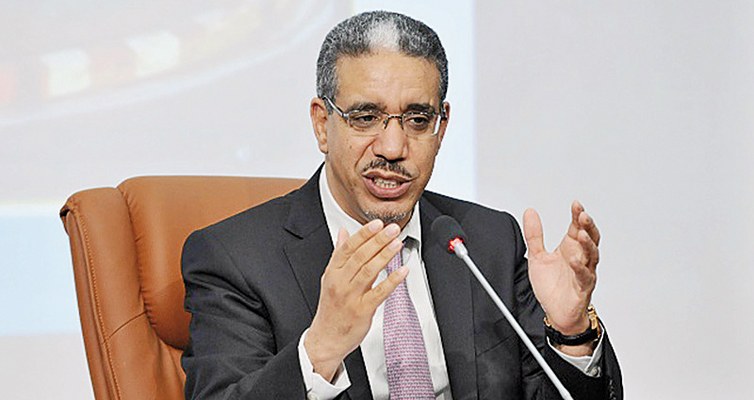 The energy sector of Morocco is facing many challenges, including a rising energy demand, the predominance of fossil fuels and a high dependence on imports because we have hardly any conventional energy sources on our territory. To meet these challenges, in 2009 the Kingdom of Morocco passed a new national energy strategy that is highly ambitious, based mainly on increasing the use of renewable energy, improving energy efficiency and strengthening regional integration.

The programmes initiated under this strategy are progressing very satisfactorily. Today, Morocco is well on the way and has succeeded in forging its own energy model, which makes it one of the main actors in the energy transition at the regional level, and particularly on the African continent. The share of wind and solar power in the installed capacity, which was around 2 per cent at the beginning of 2009, reached 13 per cent in 2016. If you include hydroelectric power, this share is 35 per cent.

His Majesty King Mohammed VI has continuously given strong support to the energy transition. At the Climate Change Conference in Paris in 2015, he announced plans to increase the share of renewable energy to 52 per cent by 2030. The majority of this will be solar energy, followed by wind energy and hydroelectric power. This will further reduce the energy dependence on foreign sources and strengthen our economy.

The growth of renewable energy will be accompanied by flexible production capacities, notably of combined cycle gas turbines within the framework of the Gas to Power programme. An important factor is also the integration of electrical networks that we are pursuing. They not only enhance electrical distribution but also reduce technical constraints such as intermittencies.

Collaboration with the private sector

But we are also looking beyond our boundaries in that we are accelerating the integration of the regional energy markets. We are aiming to develop new electrical interconnections with Portugal and Spain and, in the other direction, we are looking into connections to sub-Saharan countries via Mauretania. One day we might export electricity to neighbouring countries; at the moment, we need the new capacities for our own economic progress.

All this is done in collaboration with the private sector. The law on renewable energy opens up the market for the production and marketing of electricity from renewable sources to the private sector and gives private firms doing so access to the national grid. By 2021, Morocco will have further simplified the investment procedures related to renewable energy. Needless to say we are involving local firms in the integration of solar and wind energy projects because it creates jobs and increases the acceptance of these new technologies among the population.

Furthermore, a programme for the creation of Training Institutes for Renewable Energies and Energy Efficiency (IFMEREE) is being implemented. As for research and development, the national infrastructure has been reinforced by the construction of the Green Energy Park complex, which includes laboratories and several test and pilot platforms.

We hope to be a model for other countries

In conclusion, Morocco has been able to transform its constraints into investment prospects. The energy projects we have planned or are already engaging in present real opportunities. They are expected to add up to more than USD 40 billion by 2030, of which three quarters is reserved for renewable energy. We hope that our example will provide encouragement and be a model for other countries that are energy-poor in the fossil-fuel world yet opportunity-rich in the renewable era. An era we have just entered and that is full of promise.