Things appear necessary by virtue of their very existence – why change is so difficult. Author and publicist Ilija Trojanow examines inertia and lack of imagination.

1. THE GOAL
Why it is progressive to seize the historical opportunity placed in your own era.

2. THE OBSTACLES
Why the status quo is so tempting and bold departure so difficult.

3. THE PATH
How fantasy, imagining a different, better life, could be a way out.

Some people might think it was a nightmare. Others might shrug and say that this is just the way of the world. And others would try to explain why, practically throughout history and almost everywhere in the world, people have always been doggedly resistant to change, and still are. Could it be that the status quo offers an inherent advantage over what might be? Does it have some sort of competitive advantage over ideas, plans and dreams that would require us to set out bravely on a new path? Regardless of how bad the current situation actually is, or more precisely how negatively it is perceived by some (and often by many)?

Things appear necessary by virtue of their very existence. Regardless of whether they really work as well as their supports claim. We now know, for instance, beyond any shadow of a doubt, that the destruction of natural resources to fuel constant growth will result in environmental disasters in the long term. Countless studies have done the calculations and presented the results. Scarcely a day goes by without the publication of a report delivering clear evidence of this. On one day in February 2022, for instance, reports showed that our oceans and the creatures that live in them are crammed full of plastic; three quarters of marine waste consists of plastic – up to 12.7 million tonnes a year. ‘That is too much for any ocean to swallow,’ was the headline from the World Wide Fund for Nature (WWF). We are patiently watching the plight of the oceans, absorbing a daily quota of wonderfully comforting illusions about our world system, which, like dietary supplements, only work through the power of suggestion.

In contrast, things that don’t yet exist are generally considered suspicious. First, there is doubt as to whether the alternative even exists. ‘There is no alternative,’ is the pious litany of the status quo. The conversation that follows, more often than not, is one of the best-known dialogues from Monty Python’s ‘Life of Brian’. ‘What have the Romans ever done for us?’ And nothing that any visionary could offer up as a retort seems able to make any impact on the apodictic denial that there could even be an alternative. Alternatives are quite simply invisible. This is a specific form of selective blindness that helps individuals and societies navigate their way through life without being inconvenienced by the truth.

It is because of this selective blindness that we often miss the historical watershed when a radical transformation would be possible. What the ancient Greeks called kairos – the right, critical or opportune moment. For the very good reason that opportunities fly by, traditional wisdom advises us to seize our chances while we can, grabbing hold of them before they slip from our grasp. The window to act is therefore small, and once it closes, all we can do is stand and stare as the opportunity disappears over the horizon.

A lot has been said about reform and revolution, about ‘revolutionary reform’ and ‘refolution’. About the right degree of change. But regardless of which strategy is preferred by the individual (which is often a question of character, of patience or greed, of optimism or despair, rather than the outcome of any serious analysis), opportunity is a crucial component. To be progressive also means seizing the historic opportunity of our time with both hands. Because once change has happened, everything that has been achieved seems self-evident, and the preceding political inertia becomes hard to comprehend, as global experience with women’s rights in the 20th century demonstrated. Last year, this was illustrated impressively by the Women.Rights exhibition held by the Swiss National Museum in Zurich that explored the utopian vision of votes for women. Retrospectively, men can only be mortally ashamed for the massive protests and warnings of our fellow men as to where general suffrage for women would end. It took almost a century to achieve a change that today appears self-evident.

What we also acutely lack is imagination. That can be seen today most clearly when it comes to the mobility debate, and more precisely to private cars, especially in Germany with its reputation as the country of philosophers and car drivers. Cars are taken for granted, and all other arguments are derived from this axiom. Life without a car is inconceivable, even when we close our eyes. And if anyone has the temerity to insist on discussing a fantasy world that does not revolve around cars, the debate quickly becomes emotive, tempers rise, fuelled by the fear that something radical could change in the parameters of our own life, because a different life – perhaps even a better life – is simply inconceivable. Where there is no imagination, change appears to be something that will tip us into the void, and thus an attack on our very existence.

‘It doesn’t matter how many people are desperate for change, genuine transformation is always difficult to achieve.’

We can see other competitive disadvantages of change in the language that has logically been developed to describe the status quo, making it ideally suited to reflect its strengths and weaknesses. Dreams and possibilities, by contrast, are difficult to encapsulate in the language we have ‘walked in’ and are comfortable with. They are stiff and unyielding, leaving us with the impression that they are not made for us – they don’t fit or sit right. Who knows, they might even be dangerous. By its very nature, the language we are used to denounces radical alternatives. We all know that we cannot solve our problems by thinking in the same way that caused the problems in the first place, and for us homo sapiens, thoughts are generally expressed through language. As brutal as it may sound, the language we love and cherish also undermines the plausibility of alternatives, if we fail to question and change it.

It doesn’t matter how many people are desperate for change, or how many people recognise the need for change, genuine transformation is always difficult to achieve. Unfortunately, it is easier to preserve the status quo, even if it is broken and even where it turns its back on the future. 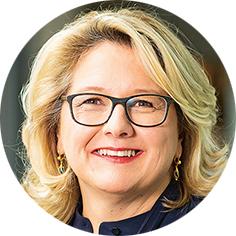 Svenja Schulze is new to the German Development Ministry but not to Government. Her priorities are climate, poverty, gender, health and crisis prevention. In an interview, she discusses German development policy in flux.

Much achieved, but still a lot to do 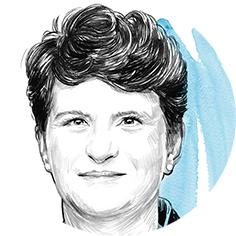 Where GIZ stands after ten years, and why the company must continue to evolve. A contribution by Tanja Gönner, Chair of the Management Board