Zheng Han is a Professor of Innovation and Entrepreneurship and Chair of the Sino-German School for Postgraduate Studies at Tongji University in Shanghai. In his opinion, the Chinese Government is acting extremely strategically in implementing economic reforms, and the Chinese people are eager to move forward.

China has developed its economy at a rapid rate over the past three decades. What are the main features of this change?
On the economic side, China has attracted investors due to low-cost factors of production such as labour and land. Heavy investments in infrastructure projects have made industry clusters along the coastal regions more efficient. The increasing income of the population has continuously raised the consumption level of the vast domestic market. Politically, the Chinese Government has designed its economic and industrial policies in an extremely strategic way and has been effective in their implementation.

Could you give an example of this strategic approach?
The Chinese railway and automotive industries are good examples. Every time the country has faced an economic downturn triggered by external effects such as the financial crisis in 2008, huge stimuli have been introduced to maintain growth. However, the Chinese economy is at a crossroads now. Transitioning to a more service- and market-driven economy is the next stage of its development.

Some critics consider China to be a little obtrusive when it comes to big infrastructure projects, particularly in developing countries. How is that viewed internally?
Large infrastructure projects are extremely important for China. For one, they can have a direct and effective impact on economic growth by securing further investments and jobs. And secondly, they are a good way of demonstrating political will for progress and showcasing success. Therefore, they are a preferred instrument of the Chinese Government with multiple advantages. Nevertheless, over-investment in infrastructure can also lead to debt issues. This risk has become more obvious recently.

China is already the world’s second strongest economy. How would you categorise China’s economy today? As an emerging market, industrialised economy or something else?
The Chinese economy is a ‘hybrid’ of an emerging market and an industrialised economy as it shows characteristics of both. For example, in internet sectors such as fin-tech and e-commerce, China is already more advanced than some industrialised nations. Some sectors such as health care and education, on the other hand, still show characteristics of an emerging economy.

Where do you see China’s particular strengths and comparative advantages?
In recent decades, China has become the manufacturing base for the world in many areas. The size of the Chinese domestic market is helping producers in many industries to achieve economies of scale and leverage this advantage in international competition. Decision-making processes, at both the governmental and corporate levels, are much shorter in China, which leads to higher agility in dealing with challenges and opportunities. Culturally, Chinese people are extremely hardworking and hungry for success.

Would you say the Chinese people are at ease with the rapid changes they have experienced recently? And if so, why?
Continuous changes in the past have become ‘normal’ for the Chinese people. Most of the changes have positively influenced their lives. Therefore, they are positive about the future in general and expect positive changes to continue to happen. This, however, puts pressure on Chinese leaders. 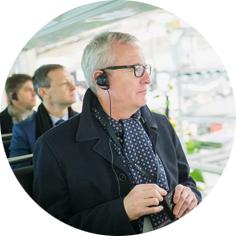 A trip through China with Guido Beermann, State Secretary at the German Federal Ministry of Transport and Digital Infrastructure 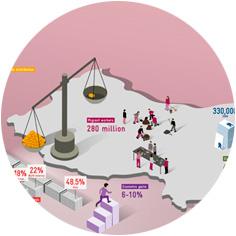 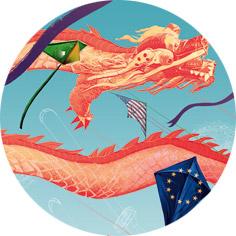 China’s rise is unstoppable. China expert Professor Eberhard Sandschneider explains why, and how the West should respond.