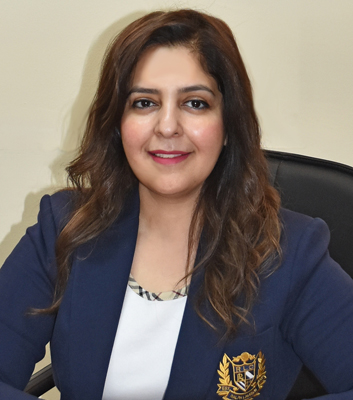 What was the most important thing you learned during the Manager Training Programme?
It was the intercultural experience, because that enabled me to understand what makes Germans tick. My father and other staff working for our company have often tried to attract German business partners in recent years, but without success – until I took part in the programme. We just didn’t know how to go about it. It’s all a question of perspective: you have to learn to see things from someone else’s point of view, to understand their background and culture. Once you can do that and gain the trust of the other person, you can build a solid basis for stable business relations.

What impact did it have on your work in practice?
We always used to find it difficult to build stable business relationships with German companies from our base in Egypt, even at trade fairs in Germany. After I completed the programme, we successfully did business with two major German companies, one of which was Spieth Gymnastics. Spieth is Europe’s largest manufacturer in this sector. They were the chief suppliers of gymnastics equipment for the Olympic Games in Rio de Janeiro. Now we are the company’s official representatives in Egypt. In addition, we have developed contacts with a whole range of other German firms.

Alongside your work in the family business, you also coordinate the EGA alumni association. Is there now a strong Egyptian-German network as a result of the Manager Training Programme?
The programme has not only allowed Egyptian managers to learn more about Germany, it has also given us useful intercultural knowledge and helped to create strong and stable business relationships. The aim of the network is to improve communication – and we can do this in two ways. Firstly, by strengthening the connection between EGA and GIZ. And secondly, by acting as the link between the alumni and German businesses in Egypt. Our vision is to be a key contact and to share our knowledge with the Egyptian business community.

What is demand like for the programme in Egypt?
It remains high, but we have to do more to ensure that managers in Egypt know exactly what the programme entails. When I heard that it lasted 30 days, I was initially put off the idea. After all, most of us are involved in medium-sized businesses, so in general you have to be on hand as a manager. But our job is to explain to anyone interested in taking part that the business stands to benefit, even if it means losing the boss for a month. During the first few days of the programme I remember saying I didn’t think I could take part for a whole month. By the end I wanted to stay longer.