‘No reason for doom-mongering’

You can leave the ak...
A guest column by State Secretary Martin Jäger 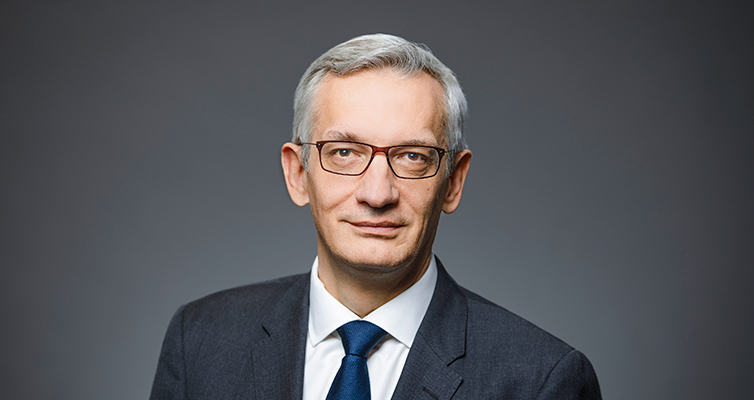 Refugee crisis, climate disaster, terrorism. Iran, Iraq, North Korea, Afghanistan, Syria. Our living rooms are regularly bombarded with images of crisis and violence, brought to us courtesy of the media. In many cases, however, those pictures are one-sided and pessimistic. Today, we can follow events in East Timor, El Salvador or Malawi in ‘real-time’. Crises, wars and conflicts that appeared so distant just a few decades ago now unfold before our eyes and demand an emotional response. That can leave many people with the impression that the world around us is becoming more insecure, that problems and conflicts are on the increase, and that we are losing control.

Objectively, however, the idea that everything is getting worse is by no means true. In 2018, the Heidelberg Institute for International Conflict Research recorded another fall in the number of conflicts worldwide. According to data released by the World Bank, the proportion of the total global population living in absolute poverty is now well below ten per cent. Twenty years ago, it stood at nearly a third. The United Nations Educational, Scientific and Cultural Organization (UNESCO) estimates that 86 per cent of the world population can now read and write. Back in the 1960s that figure was under 50 per cent.

Even the deep concern that people feel today about migration or climate change is not necessarily any greater or worse than that experienced by many who were alive 60 years ago, when the world stood on the brink of nuclear war.

I certainly don’t wish to imply that everything is OK. Yes, we need to address some very serious and potentially existential challenges, but that’s no reason for doom-mongering or resignation. The resources and tools we need to help us find lasting solutions to problems and improve the lives of many people are available to policy-­makers. In that context, development policy has a particular role to play, especially when it comes to tackling complex problems with multiple causes.

‘Yes, we need to address some very serious and potentially existential challenges, but that’s no reason for doom-mongering or resignation.’

Take Afghanistan, for example. The conflict has been generating headlines here in Germany for two decades. Afghanistan is a landlocked country. Most of the land is desert or mountains. The population is rising much too fast compared with the rate of growth in food production. There is too little employment and hardly any industry. Socially and institutionally, Afghanistan bears the scars of a half-century of war, conflict and mismanagement. As yet, all efforts to bring about peace, establish the rule of law and create stability have proven unsuccessful. As a result, there are many who believe that its problems cannot be solved, that the country is akin to a ‘black hole’.

But that is overlooking the fact that per capita income has quadrupled in Afghanistan since the end of the Taliban regime. Life expectancy has increased by 20 years. More boys and girls than ever now attend school. Afghanistan is also one of the few countries between the Mediterranean and the Pacific with freedom of expression and press freedom. Without international support, including the contribution made by Germany, none of this would have been possible. Development experts, soldiers, diplomats and police officers have all contributed to those outcomes, working together as part of an integrated strategy. Personally, I remain hopeful that there will be a peace process in Afghanistan.

Even apparently hopeless, complex, multicausal crises and wars can be resolved step by step if we take the time and make the effort needed to address their root causes. These actions really can make the world a safer place. —