‘Taking a holistic view of climate change and agriculture’

As directors of division at GIZ, Christel Weller-Molongua and Jochen Renger have been addressing issues connected with hunger and nutrition for many years now. In this interview, they explain why the situation is particularly precarious at the moment and what can be done to strengthen food systems.

The coronavirus pandemic has tipped very many people throughout the world back into hunger. Do we have any more details about the impacts yet?

Christel Weller-Molongua: The numbers have risen considerably. In 2019, about 650 million people were suffering from hunger. By 2020, the number had risen to 690 million, and is expected to increase to about 810 million in 2021. So we are experiencing a serious setback in the fight against hunger.

Which regions are particularly hard hit?

Jochen Renger: Many areas of the world are affected, but the situation is particularly bad in sub-Saharan Africa. The numbers only tell part of the story, though, because there are real people in desperate circumstances behind the statistics. The situation is dramatic. According to our information, the quality of food is declining. Many people don’t have access to a varied diet. There is also less food available overall because the pandemic has disrupted supply chains. On top of that, a lot of people have lost their jobs, particularly day labourers. As a result, millions of people who were already living a precarious existence now suddenly face utter destitution. Another wave of infection would drag even more people down.

How has GIZ responded to this crisis?

Renger: We responded by launching an emergency programme on behalf of the German Government to mitigate the worst impacts in the short term. This has included providing school meals in Yemen, organising hygiene measures, and supplying seed and advisory services for producers through digital channels. These activities were important and they have helped relieve the strain, but our work is designed to achieve long-term impacts; we aim to change structures to address problems at the root cause.

What are the main reasons – apart from COVID-19 – that people are still suffering from hunger in the 21st century? Some people say it is due to war and conflict – is that true?

Weller-Molongua: Fragility is certainly one of the main drivers. We are seeing that in countries like Yemen, more recently in Ethiopia again, and now in Afghanistan too. There are no two ways about it: if farmers can’t cultivate their fields and harvest their crops in peace and if distribution channels are disrupted, hunger soon becomes widespread.

Are there any other relevant causes?

Weller-Molongua: Climate change is becoming an increasingly significant factor. We have been seeing heavier rainfall and droughts for several years, for example in Mozambique and the Horn of Africa. But climate change will become even more pronounced in future, and will keep restricting or disrupting food production. This is closely linked to the loss of biodiversity. The recent severe flooding in Germany demonstrated the possible dimensions. No one needs to go hungry here, because there is a guaranteed food supply from external sources. That is not the case in the Global South; there, we will see extreme impacts on the availability of food and on people’s diets.

What is having a greater impact: conflicts or climate change?

Renger: Both are major influences, and they cannot be weighed up against one another. I completely agree with my colleague that climate change will massively exacerbate the problem of hunger. In its most recent report, the Intergovernmental Panel on Climate Change described five scenarios, even the best of which is disastrous – with all the adverse impacts, including hunger. In this context, we should not ignore the topic of poverty and structural inequality, which have been on the rise for some time now and which exacerbate the problem of hunger.

Weller-Molongua: There are other factors too, such as food losses. Almost 40 per cent of the food produced is thrown away – for a very wide variety of reasons. That is a serious problem – and it has become even worse during the coronavirus pandemic, because transport channels were or still are disrupted. 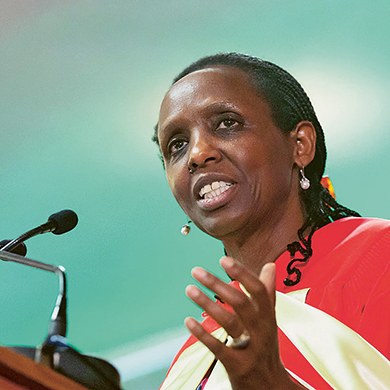 Agnes Kalibata is a food and nutrition security specialist and a former Minister of Agriculture in her home country, Rwanda. 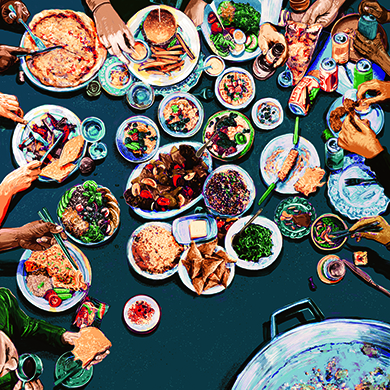 Millions of people go to bed hungry every night. With enough food on our planet to feed everyone, this need not be the case. 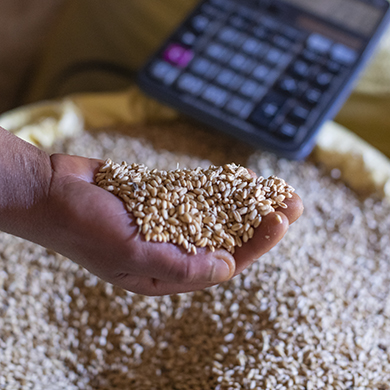 ‘I see hope and life right here in my hand’

High-quality seed and better knowledge of modern farming techniques are the key to higher yields – and to improving the lives of farming families.

What do you see as the most important measures to counter these developments and improve the situation in the long term?

Renger: We need to take a holistic view of rural development and the impacts of climate change. In other words, people and infrastructure in rural areas need to become more resilient to climate change by protecting production, supply, value chains and supply chains more effectively. Sometimes that can be done by introducing new or different types of crops, and sometimes we need different storage options.

Are there any other steps that you think are important and worthwhile?

Renger: In my opinion, regional organisations ought to be strengthened to enable them to address the issue of food and nutrition more effectively and to cope with emergency situations themselves without international aid. The same applies to the capacity of the relevant ministries and organisations in the countries – at all levels, from the ministries of agriculture down to local cooperatives – to help us establish functioning food systems.

Weller-Molongua: Good knowledge transfer is important too. Hygiene issues are playing a particularly important role during the pandemic. And on top of that, people need to know about seed, farming methods, distribution channels, storage and much more, because it is now clear that we won’t be able to fight hunger by increasing agricultural production alone. We need to examine the entire food system, including processing and consumption. We have acquired a great deal of experience in this area over recent years as part of the special initiative One World – No Hunger, or SEWOH for short. The initiative takes holistic and sustainable approaches that not only aim to achieve higher yields, but also look at soil and access to land, agricultural finance, youth employment and many other issues. Actively involving women and strengthening their position is pivotal to achieving sustainability.

The project in figures
3.5 million

people have been assisted by "One World – No Hunger" to overcome hunger and malnutrition.

people were helped in coping better with the impacts of climate change.

What has that allowed you to achieve?

Weller-Molongua: The importance of these more comprehensive approaches has become obvious, not least during the coronavirus pandemic. We can demonstrate that countries in which SEWOH is operating suffered less from the impacts of COVID-19 than other countries – quite simply because the rural population and farmers were better able to respond and were more resilient as a result of their new knowledge and the changes that have been made.

Talking of SEWOH – do you believe that the special initiative has proved successful?

Renger: Absolutely. SEWOH was launched in 2014; over two parliamentary terms, it has implemented more than 200 projects in regions particularly hard hit by hunger, most of them in Africa and Asia. SEWOH has allowed us to achieve remarkably rapid development successes.

Weller-Molongua: SEWOH has made rural development visible again. Before the special initiative was launched, funding had been dwindling in this area. SEWOH signalled the German Government’s commitment to fighting hunger. Germany is now the second largest donor in this field. We have been able to turn all the cogs faster and more innovatively using SEWOH.

The project in figures
1.4m

hectares of land are now being used more sustainably through SEWOH.

smallholder farms and agribusinesses have gained access to loans and savings products.

smallholder households have been able to increase their income by at least 20 per cent.

There are going to be changes in the development ministry. What are your hopes of the new German Government?

Renger: SEWOH still has a few years to run, and we hope to take it to the next level, for example by making greater use of agro-ecological approaches and devoting more attention to climate change adaptation and biodiversity in agriculture.

Weller-Molongua: I would also like to be able to address topics of the future too such as ‘aquatic food’ and ‘blue food’, which focus on the oceans as a source of food. The growing global population means that it is not going to get any easier to overcome hunger, so we need to identify every conceivable source of food and then use it sustainably.

Do you believe that the goal of ending hunger by 2030, as laid out in SDG 2, is still realistic?

Renger: The goal is incredibly ambitious, but we need goals like that. That’s why we ought to set the bar high and not lower it prematurely. 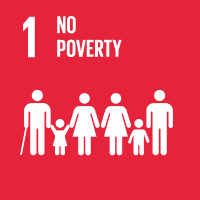 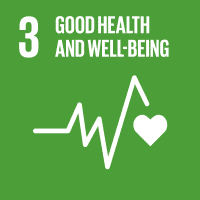 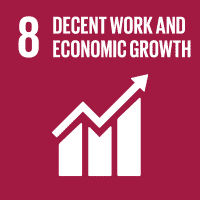 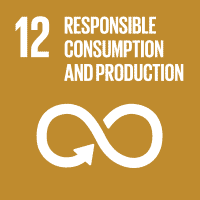 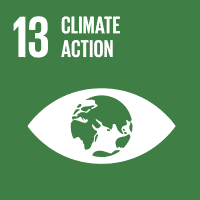