Agnes Kalibata is a food and nutrition security specialist and a former Minister of Agriculture in her home country, Rwanda. She currently leads the Alliance for a Green Revolution in Africa and is the United Nations Secretary-General’s Special Envoy to the Food Systems Summit that will be held in September. In this interview, she explains why it is essential to look at these systems as a whole.

Due to the coronavirus pandemic more people are starving again. What do you foresee for the near future?
The UN estimates that an additional 130 million people are going hungry because of the pandemic. That is a nightmare because it adds to a situation that was already grim before the outbreak. COVID-19 happened on top of a pre-existing crisis.

It used to be said that the Earth could feed all people if the system was working properly. Does this paradigm still hold true?
There is no doubt that the world can produce enough food for the roughly 7.7 billion people living today. It is a matter of access to, and the quality of, nutrition. Right now our food systems are not delivering, not providing enough food for everyone. And the food people do get is not healthy enough. Plus, we are stressing the environment. Therefore, we need to transform the whole system and make it more sustainable in various ways.

The first UN Food Systems Summit will take place in September. What tangible results are you hoping for?
We have set ourselves five objectives: ensure access to safe and nutritious food for all; shift to sustainable consumption patterns; boost nature-positive production; advance equitable livelihoods and build resilience to vulnerabilities, shocks and stress. But it is just as important for me to get the message out that our food system in its present form is broken.

Get the message out to whom exactly?
To everyone: those involved in food production, marketing, distribution and sales just as much as end consumers. Each of us makes a decision three times a day if we are lucky. Shall we eat meat? Shall we eat water-intensive vegetables from other parts of the world? These are little decisions by themselves but taken together they influence the system.

‘The food we are wasting is equivalent to one trillion dollars a year.’

You did not mention waste. How big a problem is that?
It is an enormous problem. The food we are wasting is equivalent to one trillion dollars a year. Food waste also contributes eight per cent to harmful greenhouse gas emissions. Just imagine! If we could solve the waste problem, we could feed many more people without creating additional emissions.

Talking about emissions, climate change is already under way. What impact will that have on the availability of food?
We talk a lot about the pandemic, but dealing with climate change is also critical. There will be more droughts and cyclones, which will influence the availability of water. Agriculture depends heavily on a steady supply of water. The challenges are not the same everywhere, but they have to be tackled everywhere. Otherwise the food crisis will get worse.

The international community has been fighting hunger for many decades. What is different now from earlier approaches?
It’s true. The first summit talking about zero hunger was in 1973, and not enough has changed since. Part of that is due to conflicts that almost always go hand in hand with starvation and hunger. We need governments and the international community to prioritise this double scourge. The other impact has been climate change, which impedes small farmers even more from producing enough food.

Productivity in Africa is quite low. How could it be increased?
The majority of African farmers are smallholders, who need to be supported because they can make a real difference. Admittedly, it is not an easy task to get a farmer with 1.3 hectares to be more productive, but it’s not impossible. Each country needs to look at its food system, see what is broken and then fix it. What is needed, above all, is a change in the way decision-makers think.

Is it correct that Africa has the highest potential worldwide to increase food production?
Yes, but productivity can be increased in other places as well. In Africa, however, we do see a number of favourable factors. It has a lot of uncultivated land, in many parts plenty of water and an abundance of workers. That opens up great perspectives for agricultural activity – if it is accompanied by the right policy frameworks.

A number of reports suggest that fixing the food system is not that expensive. It would cost an estimated EUR 28 billion a year to end hunger.
The costs of managing the impacts of hunger are definitely higher than the costs of dealing with hunger itself. But just designing food security programmes won’t be enough. It’s about building sustainable economies that give people decent wages so that they do not fall back into hunger.

What can institutions like GIZ do to help achieve worldwide food security as quickly as possible?
Keep the programmes to strengthen food security that GIZ is already engaged in, but double down on supporting governments. Fighting the structural deficiencies behind food shortages is as important as solving the glaring problem of hunger and undernutrition.

The African scientist Jemimah Njuki explains how we could deliver healthy diets for all and why women have an important role to play.

In focus food and nutrition 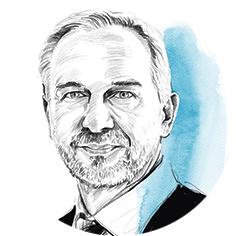 Investing in good nutrition is one way to leverage sustainable development. Find out more about GIZ’s work in this area.

Hunger – no end in sight 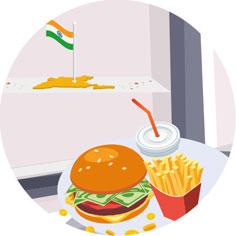 With the goal of zero hunger at risk, could the pandemic also mark a turning point in our approach to global food security and nutrition?