‘We overstate the negative’

You look at trends in living conditions around the world. What is the situation today? Are things getting better or worse?
It depends which time frame you look at. Right now, I get the impression that things are getting worse. But these are just snapshots. The long-term trend looks very different – it’s important to remember that. Here, the curve is clearly rising. Take issues such as health, poverty, violence and food – it’s astonishing how much has changed for the better over recent decades.

Are there any other positive trends?
Yes, and they can be observed across a range of areas – including some that you wouldn’t expect. For example, the murder rate in Europe has steadily declined over the centuries. Most European countries now have an annual murder rate of around one per 100,000 inhabitants. But in earlier centuries, it was more like 30 or 40. Anyone who thinks that the past was a peaceful idyll is mistaken.

'Climate change is real and we have to respond'

Why do you think people nowadays have the sense that the world has lost its moorings?
It’s all about perceptions. I don’t think there was ever a time in history when people didn’t think the world was spinning out of control. We are too quick to look at the negatives and ignore all the progress. That’s not to deny the real problems that we face. Climate change, for example: it’s real and we have to respond. But we tend to overstate the negatives and think that obstacles are insurmountable. We often get it wrong, I’m happy to say!

What about armed conflicts around the world – what’s happening there? Are they on the increase or not?
Again, it’s all about time frame. The number of armed conflicts has increased over the past five years, but it hasn’t reached the level of the Cold War or the preceding period. The number of fragile states is rising, but in many regions, such as South-­East Asia and Latin America, conflicts have de-escalated. That’s another positive development which we tend to overlook.

What are the most important factors for better living conditions?
Politics is very important. For a while, we underestimated the significance of politics and overstated the importance of market forces and technological solutions. But the general conditions existing in individual countries and at the international level are the decisive factor. A functioning democracy has a hugely positive impact on living conditions.

What about violence – how much influence does that have?
Violence is undoubtedly a limiting factor, but even in conflict settings, life goes on: people continue to develop new ideas and attempt to improve their lives. Even in these situations, it is possible to make breakthroughs which help to stabilise the situation. There are some interesting research findings available on this subject: they show how inventive people become in order to survive crises. And inevitably, the violence ends sooner or later, so we should never give up. To do that would be a big mistake!

You always take the long view, but Agenda 2030 is time-limited to 15 years. Will we have seen any improvements by then?
Yes, I think so. That has to do with the following effect: countries which pioneer a breakthrough often take a very long time about it. Take the birth rate: Great Britain took 95 years to reduce the number of births per woman from six to less than three. South Korea managed it in 18 years and Iran did it in 10. That’s a very positive trend because population growth needs to fall if we are to achieve sustainable, resource-efficient economic growth. It’s the same in other areas: more rapid progress is achieved once pioneers have done the groundwork. Renewable energy use is a good example. Devising a solution the first time round is always the most difficult part. So I think we will see progress over the next 13 years even if the Goals as a whole probably won’t be reached.

A compass – even in times of crisis 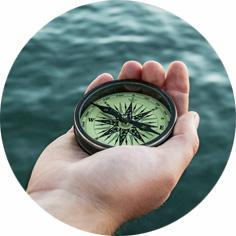 Agenda 2030 is a plan of action to ensure that all the world’s people can live in dignity, freedom and in a healthy environment.

‘Stop saying nothing has changed!’ 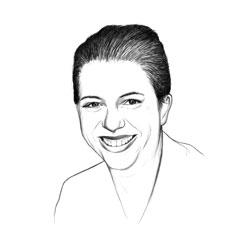 Tunisians should be more proud of what they have achieved after the Arab Spring, says Amel Karboul.

Some progress, more work ahead 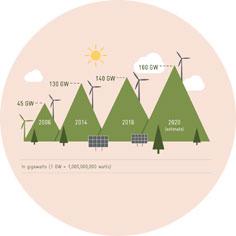 In the past two decades, the world has made major progress in many areas.
More on giz.de