‘They were a target for all the armed groups’

What role do people with diverse gender identities or sexual orientations play in Colombia’s peace process? Mery Rodríguez, a social scientist and expert on memory work in the ProPaz programme, discusses the topic in an interview with akzente.

Ms Rodríguez, why did people with diverse gender identities or sexual orientations particularly suffer during the armed conflict?
They were a target for all the armed groups – the guerrillas, the paramilitaries and the government security forces. All these groups aimed to exert social control by determining people’s behaviour. By punishing those who lived outside the heteronormative framework, they sent out a signal to everyone else too: about how they are supposed to think and feel, who they are allowed to form ties with, what is morally right – and all that took place against the backdrop of homophobic attitudes that were already widespread. 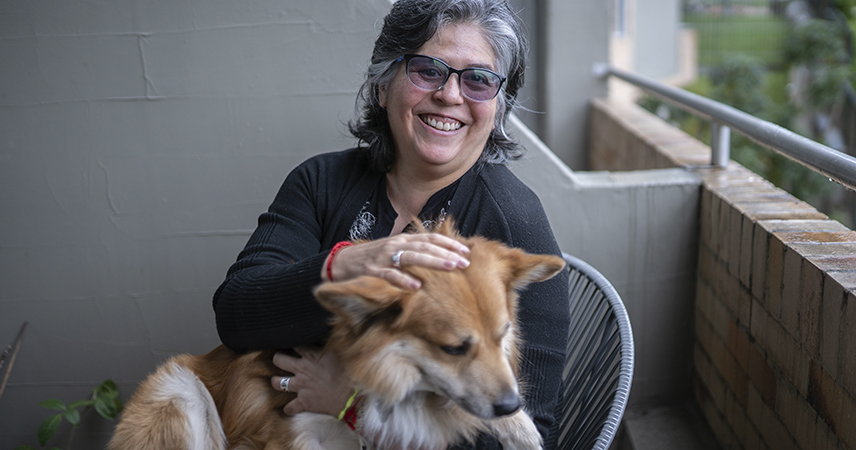 You are working to ensure that the ‘población diversa’ – the diverse population – is actively included in the peace process. Why?
Participation by all the victims is a fundamental part of the peace treaty between the state and the former FARC guerrillas. I know that, if you look at the official figures, the population with diverse sexual orientations and gender identities appears to be a minority. But we shouldn’t refer to them like that; otherwise we tend to belittle their needs and rights. Also, the true figure is much higher. And the extent of violence that this group suffered during the armed conflict is huge compared with the percentage of the population that they account for.

Despite all the differences that exist, what experience do the members of the diverse population share?
There is no guarantee that they can assert their rights. Not all of them have experienced sexual violence, but they have all suffered violence and/or marginalisation on account of their gender identity and sexual orientation. Many have to leave home – either because their family rejects them or because they are sent away for their own protection. Many are unable to finish school or go to university. And even if they obtain qualifications, they find it difficult to find good jobs, particularly in small communities and in rural areas. As a result, they cannot improve their economic situation and face great difficulties in finding accommodation or securing a bank loan. And they still do not receive any support in asserting their rights, either from the government or from society, because they do not conform to heterosexual norms.