Ashok-Alexander Sridharan is the Mayor of Bonn. He wants the city of his birth to be carbon-neutral by 2035. In an interview with akzente, he ­explained how he plans to achieve this and what he has learned from ­municipalities in other countries.

Mr Sridharan, you spent most of your childhood in Bonn. You studied here at the university, and have been Mayor since 2015. What do you like most about the ‘Federal City’?
Bonn is the smallest cosmopolitan city in the world. It is home to people from 180 countries and a large number of United Nations organisations. Bonn is also steeped in over 2,000 years of history and tradition. It is a beautiful, mature city with 330,000 inhabitants, so a fair size. Personally, I like the fact that you always come across people you know here. The city is quite large but well-contained, and that makes its really attractive.

Does that mean you are a passionate ‘Bonner’?
Absolutely!

On a more serious note, how do you think Bonn has coped so far with the coronavirus crisis?
At first, like everyone else, we were caught pretty much unawares by the pandemic – at least by its initial rapid spread. But we very quickly took all the lockdown measures ordered by the federal and state governments. People here in Bonn have largely complied with the lockdown restrictions. As a result, we were able to prevent an even greater crisis.

What do you think are the biggest problems facing Bonn at the moment apart from the pandemic?
As I see it, we face two major challenges. One of those is to modernise our transport systems. We need to reduce the volume of traffic in the city. And second, we need to upgrade our outdated infrastructure.

What kind of infrastructure are you referring to?
I mean everything: roads, bridges, nurseries, schools, cultural centres, sports facilities. We need to tackle that as a matter of urgency. For two reasons. In the days when Bonn was the capital, infrastructure projects were heavily subsidised – to the tune of 70 per cent – by the Federal Government. That central government funding is no longer there, but of course the infrastructure is still in place. Added to this is the fact that investments have been frequently postponed, leaving us in a position over the next few years where we need to undertake a lot of repairs. We have put together some comprehensive plans to tackle that deficit and are pushing ahead with those right now.

What exactly is your new mobility strategy?
We want to get more people moving around the city on bikes and by public transport. That will mean reviewing the timetables. We also have plans to vastly increase our network of cycleways, which already covers nearly 300 kilometres. In fact, we have committed to expanding the cycleways on both sides of the Rhine. We are also looking into building a new bridge over the river that would be solely for cyclists and pedestrians, and we want to improve the cycle links between Bonn and the surrounding region.

What are your thoughts on upgrading the public transport system?
The idea there is to have trams and underground trains running every five minutes. On top of that, we want to establish 36 mobility hubs, with interconnections between different forms of transport, allowing you, for example, to switch from your car to a bike or public transport. We will also need to ensure that there is enough parking for bikes and cars, including electric vehicles. Our goal is to put all of that in place by 2023 at the latest.

You have said that you want Bonn to be carbon-neutral by 2035. Presumably, the big mobility shift you have just outlined is an important element of your strategy to achieve that.
Yes, it is. But it is by no means the only element. Our buildings are still not as energy-efficient as we want them to be so we plan to upgrade them. After all, the city council needs to set a good example. Other sites such as our waste incineration plant will also be refurbished. There will be lots of other initia­tives encouraging local people to make the right environmental choices too – the ‘1,000 roofs programme’, for example, which supports the renewable energy sector by offering a grant of EUR 1,000 to households that install a rooftop solar PV system. We’re planning a veritable cornucopia of measures. I’m absolutely clear that sustainability is a top-priority issue.

Has that priority not changed with the pandemic?
If anything, the coronavirus has shown us that we absolutely must think sustainably. Empty streets, cleaner air, a chance for nature to recover – all of these things have highlighted to us how important it is to use our natural resources with great care. Which is why I hope at least some of those things will stay with us when the pandemic is over – especially video and telephone conferencing, which help to reduce the volume of traffic.

Do you see Bonn as a pioneering city in the field of sustainability?
It’s not really for me to judge, although Patricia Espinosa, Executive Secretary of the UN Framework Convention on Climate Change (UNFCCC), did praise the city for its efforts in a recent interview. Generally speaking, in Germany and other countries, my view is that there are not enough towns and cities taking the kind of rigorous action we need on this issue.

There are many other organisations based here in Bonn besides UNFCCC. Both personally and politically, you are in favour of the city’s continued internationalisation. How successful have you been?
First and foremost, that is a matter for the German Government. Ours is merely a supporting role, but we are certainly putting a great deal of energy into it. You’re right, our goal is to attract even more organisations to the city and strengthen its profile as an international centre. I would say that we have been pretty successful at doing that over the last few years. Since I became mayor, a further nine organisations have chosen to base themselves in Bonn, including a country office of the United Nations Industrial Development Organization (UNIDO), the SDG Action Campaign and the Secretariat of the UN’s Global Water Operators’ Partnerships Alliance. Incidentally, GIZ also benefits from the international atmosphere here in Bonn.

You are also President of ICLEI, a global network of city leaders and local governments. What motivated you to take up that role?
I put myself forward because I know how important it is to be part of such networks and to learn from other regions around the world. ICLEI brings together around 1,800 cities worldwide accounting for 30 per cent of the global urban population. As well as being a lot of people, it’s also a great opportunity to share ideas.

What have you learned from other cities?
A lot! To give you an example, Chengdu in China has a high proportion of renewable energy and emobility infrastructure. We’ve been looking into how that can be achieved. I also learned from La Paz how it can make sense to integrate cable cars into the public transport system. In fact, we’ve just launched a project to install a cable car link up to the Venusberg.

The process of urbanisation is gathering pace. What do local authorities around the world need to help them manage that process?
We need support from national governments and, in those countries with a federal system, from individual state governments. Without that support, it’s just not possible. Also, local authorities need to be given a much greater voice, especially when it comes to sustainability, protecting the climate and dealing with the impact of climate change. After all, it’s the job of those local and regional authorities to implement policies on the ground. That’s why I think it would be a great idea for delegations to the UN Climate Change Conference to include municipal representatives.

Many towns and cities lack the required funds. How can we solve that?
They need more funding, both from national governments and international financial institutions. There still isn’t enough funding available, especially from the latter. It’s really important, though, because without it we just can’t meet the UN’s climate and sustainability goals. — 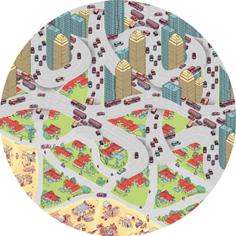 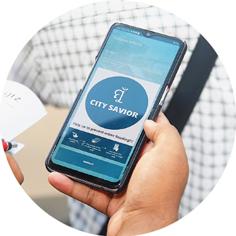 The Indian city of Bhubaneswar is working to curb flooding and unblock drains. 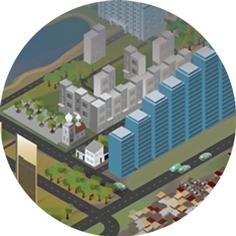 Never before have so many people lived in cities. Facts and figures from the big-city jungle.
More on the web