People are calling for political and economic participation. GIZ takes a holistic approach to fostering democratic principles and endeavours to involve pro-reform forces.

Two issues in particular affected the world in 2019: firstly, the question of if and how we can get a grip on climate change, and secondly, the lack of trust in politicians’ ability to address the concerns of their citizens and resolve problems. In Hong Kong, Iraq, Lebanon, Algeria, Bolivia and Chile, people have taken to the streets to express their rage. In some countries, the lack of political and economic participation is behind the protests. This is compounded by their frustration at the restriction of democratic rights and the failure of governments and public authorities to ensure the reliable provision of basic services. 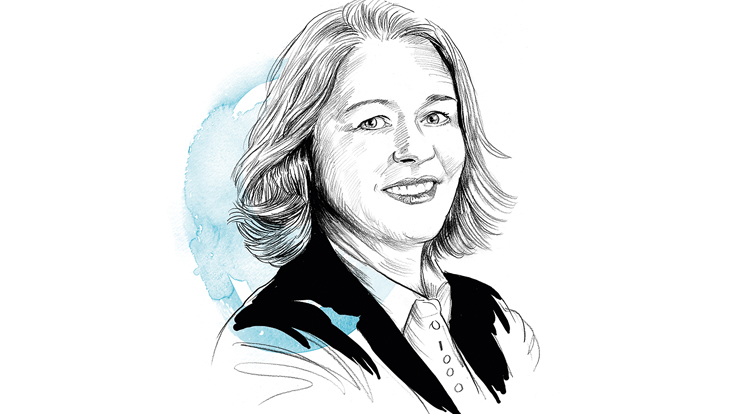 These protest movements demonstrate the importance of two aspects that I regard as being central to democracy: firstly, the ability of the government to provide people with good, accessible services, and secondly, comprehensive political and societal participation which leads to legitimised decision-making. Respect of human rights is naturally part of this. In our work, we try to take a holistic approach to such issues.

These aspects of democracy are not only something for governance projects. Every water, education and waste management project can do its bit to introduce mechanisms to foster participation and make public authorities more efficient, as well as to practice using these new mechanisms. The same applies to employment, climate action and health. One example can be seen in Jordan, where some towns in the north of the country have doubled in size as Syrian refugees have fled across the border. These towns have huge amounts of waste, but few jobs. In our waste management projects, we have drawn up a set of criteria with local authorities to ensure that everyone can get involved and benefit: refugees and locals, women and men, people with and without disabilities.

In its capacity as a federal enterprise, GIZ works with state institutions in almost all partner countries. At the same time, we seek dialogue with key institutions and groups across society. However, there have been, and still are, cases in which GIZ scarcely operates at central government level, if at all. In Ukraine, we operated only at regional level prior to the 2014 Maidan Revolution. When the people forced political change, we were able to support this democratic process on behalf of the German Government and the EU, by strengthening decentralised structures and infrastructure, especially in the crisis-ridden eastern part of the country. In the wake of Ukraine’s most recent election, we are suddenly dealing with entirely new politicians – completely in line with the spirit of a smoothly functioning democratic change of government. The change means that we now have new partners, some of whom have no prior political experience. It is part of our job to help foster more knowledge and to make them more familiar with the tools of the political trade.

During the Arab Spring, almost a decade ago, Germany was also quick to respond. BMZ’s special initiative to improve stability and development in North Africa and the Middle East is creating economic and social prospects for people in the region. Another priority area is democratisation and the improvement of public services. Although there have been setbacks and counter-movements following the Arab Spring, people have learned that if they work together they can bring about change. New social contracts are being discussed, since the paternalist deal of ‘economic benefits in exchange for loyalty’ is now obsolete and no longer works. Demographic trends alone mean that young people with strong opinions now account for a large percentage of society. How does GIZ approach radical reforms of this sort? It is a multi-step process, and without partners we can achieve nothing. It is important to know where the pro-reform forces are in government and in the public authorities, but also in civil society, the business community and associations. We need everyone who shows a desire for change.

It is not an option to bow out, saying that it takes too long and it is too difficult. That is how it is with the major questions facing society: they are complex; we encounter resistance and obstacles; only a small number of people are willing to question themselves and time-honoured patterns. We can see that too in the debate on climate change I mentioned at the start. But we have no choice – there is work to be done!