Pioneers from the jungle

A project in Ecuador proves that excellent coffee can be produced in harmony with nature.

The Amazon region is of vital importance for the climate. In Ecuador, indigenous peoples use this sensitive ecosystem sustainably by tending their rainforest gardens. In the process, they are helping to conserve the rainforest while also combating overexploitation. Our four interviewees describe how this became an economic success story in the production of coffee.

The traditional farming system used by the indigenous Quechua communities is characterised by mixed cultivation. Up to 120 different crops are grown on small areas of between one and a maximum of five hectares, using strictly organic methods. These include tubers, such as yucca, and numerous varieties of vegetable, but also medicinal plants, herbs, bananas, cocoa or indeed coffee – all in the shade of tropical trees. In the Ecuadorian province of Napo, the ‘sistema chakra’ is recognised on a regional level as a sustainable, organic cultivation system that can serve as an example for others. Up to 15,000 Quechua people live in Napo, with around 6,500 of this indigenous tribe living in communities supported by the regional umbrella organisation Rukullakta. Most of the families make their living from growing crops in the rainforest and around its edge, and for them the ‘sistema chakra’ is part of their identity.

THE PROJECT IN FIGURES
Up to 400 per cent
higher coffee prices paid to family-run farms thanks to improved quality,
organic certification and direct marketing.

Ecuador is one of the most species-rich countries in the world. It has areas of rainforest and dry forests, mangroves and upland moors. Climate change poses a threat to these ecosystems, and with them the lives and livelihoods of the people living there. The poorer sections of society suffer the most. On behalf of BMZ and with cofinancing from the EU, GIZ supports the Ministry of Environment, the Ministry of Agriculture and the Autonomous Decentralised Governments in their efforts to increase the resilience of the population to these challenges. The aim is to protect the treasures of nature and show people how they can protect themselves against the impacts of climate change and develop economic alternatives – in harmony with nature. The innovations in coffee growing are an example of how everyone can reap the rewards. 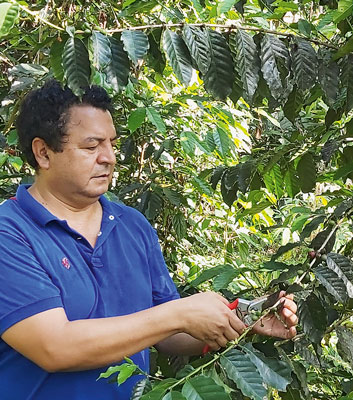 ‘Clear-felling is taboo for the Quechua community.’

PEDRO RAMIREZ (54) has a degree in agriculture and lives in Ecuador. On behalf of GIZ, he advises smallholders in Napo Province on how they can make a decent living from the sustainable use of their natural environment.   MORE 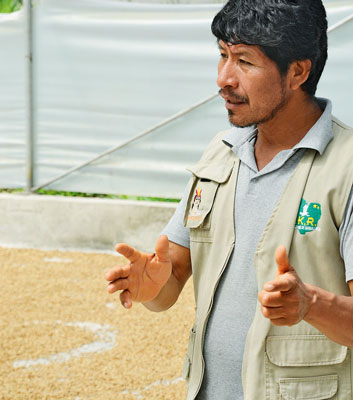 ‘We sell good coffee at a good price.’

AUGUSTO SALAZAR (50), a coffee grower, is president and founder of the Waylla Kuri (Green Gold) cooperative in the provincial capital Tena, in the Amazon Basin.  MORE 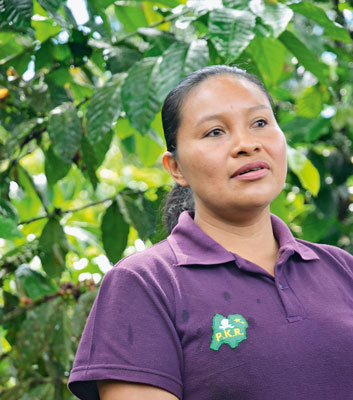 GLADYS SHIGUANGO (37) is president of Rukullakta, an umbrella organisation of Quechua communities in the Tena region.  MORE 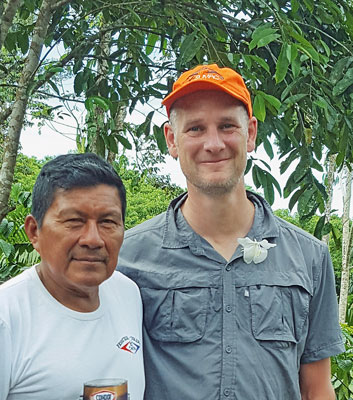 ‘Our aim is to improve together.’

ANDREAS FELSEN (46) is a direct importer of coffee and coffee roaster at Quijote Kaffee in Hamburg.  MORE