Social work in the United States

In social work, a skilled workforce is the make-or-break factor. A US-German exchange programme, aimed at professionals working in social services for children and youth, broadens horizons.

A home visit to a foster family: the two social workers’ dark brown SUV pulls into the driveway of a small detached house on the East Side. The foster mother is already waiting on the veranda. ‘She’s looking after a young boy who’s been let down by the adults in his life – first his mom and then his grandmother,’ Kelly Allen explained to her colleague Ingrid Bethge on the journey. ‘But with this family, he seems to be thriving at last.’

The living room is simple but homely, with a deep sofa, a framed antique map of the world on the wall, and a pot of bright yellow asters on the window sill. Ingrid, a motherly woman with a mass of short brown curls and red spectacles, settles into a cosy grey armchair, leans forward and starts on her list of questions. What’s it like, suddenly having a six-year-old in the house? Is there a support network when the going gets tough? The foster mother answers patiently. Then she suddenly bursts into laughter. ‘You’re asking some very good questions,’ she says. ‘And I love your accent!’

It’s day 59 in Ingrid Bethge’s new life in the city of Kalamazoo, located halfway between Chicago and Detroit, with a population of 75,000. A social worker from Germany, Ingrid is spending three months on an exchange on this side of the Atlantic, with the aim of broadening her professional horizons. She is currently an intern with Bethany, a non-profit organisation which provides family support services. She accompanies her US colleagues on home visits and to court, attends seminars at Western Michigan University, and lives with host families. The set-up is reminiscent of a school exchange – but Ingrid is 55 years old and a senior manager. After qualifying as a nurse, Ingrid took time out to have a family and then trained as a social worker. For the past seven years, she has worked for KarLa, a non-profit organisation providing family support services in Weingarten near Karlsruhe.

At home, Ingrid is a team leader and a member of KarLa’s management board. It’s a highly responsible job – but it also involves a great deal of routine work. Last year, Ingrid started feeling restless. ‘The excitement of the early days had vanished. I didn’t want to leave KarLa, but I needed a new challenge.’ So she applied to join the transatlantic professional exchange programme, which GIZ has been organising on behalf of the German Federal Ministry of Family Affairs, Senior Citizens, Women and Youth since 2013. The programme is designed for experienced social workers and offers 10 internships in the US every year. Some of the interns come to Kalamazoo, while others go to Chicago or Columbus, Ohio. They are placed with health authorities, homes for disadvantaged young people, or advice centres for immigrants. ‘The programme broadens their horizons and gives them insights to facilitate change in their own workplace,’ says Barbara Vogt-Seeliger, GIZ’s programme coordinator. ‘After all, a 40- or 50-year-old still has many years of working life ahead.’

On behalf of the German Federal Ministry of Family Affairs, Senior Citizens, Women and Youth, GIZ and its US partner, the Council of International Programs USA, are delivering an exchange programme in the US, aimed at professionals working in social services for children and youth. This transatlantic programme aims to deepen the already diverse relations between Germany and the US through the exchange of social workers specialising in child and youth services. It offers the participants themselves, and the profession more generally, new insights, motivating them to adopt fresh approaches to the delivery of social services for children and young people.

For an experienced professional, slipping back into the role of student is no easy task. ‘It’s taking every ounce of energy!’ says Ingrid. But with her positive and unflappable manner, people soon warm to her, and that helps her wherever she goes – whether she’s on a home visit to foster parents or settling into a new host family every three weeks.

Every morning, she takes the number 14 bus as far as Walmart and then crosses the car park to Bethany’s headquarters, housed in a long, low brick building. Ingrid works in the Foster Care Department in the basement, where around 30 staff are crammed together in a tiny space, often with little more than a screen between them. Ingrid’s desk is festooned with handwritten notes: ‘Truancy = Schulverweigerung’, ‘CSP = Case Service Plan’. ‘Even after two months, I still can’t remember everything,’ she sighs. Then she walks over to the windowless office of team leader Jamie Prewozniak. The team meeting begins. Her colleagues fold their hands and pray.

Religion plays a far more important role in the Midwest of the United States than in Germany. And while she herself is a Protestant, Ingrid was surprised to see that in the rehabilitation of offenders, attendance at church carries equal weight to an hour of therapy. She shrugs. ‘That’s just the way it is.’ During the preparatory workshop organised by GIZ, it was made very clear to participants that they were not on a mission to change the US. ‘That was an important message,’ says Ingrid.

‘Social work’ can mean different things in different countries – as Ingrid is constantly finding here in Kalamazoo. Long-term foster care, which is common in Germany, is unknown here: generally, a decision is taken after just 12 months on whether the biological parents have managed to get their lives back on track so that their child can be returned to them. If not, the child is put up for adoption. When Ingrid heard this, she was stunned that such a momentous decision could be taken so quickly. But when she explained the German system to her US colleagues, they were shocked. ‘They couldn’t understand why we keep the children in limbo for so long. After all, a child needs stability.’

Offering a new perspective on one’s own attitudes and allowing scope to challenge and question – that is, perhaps, the greatest benefit of the programme. ‘Ingrid has a wealth of experience to share,’ says Jamie Prewozniak, her mentor. ‘We talk a lot about the differences between the US and the German systems. And that helps us as much as it helps her.’

A scene in court is a good example. Every Thursday, Ingrid accompanies one of her colleagues to child custody proceedings. She was accustomed to going through security and being checked for weapons, and the video surveillance was nothing new to her. And the courtroom looks much as it does in the films, with the judge presiding over the proceedings from the bench – a dark wooden desk on an elevated platform, designed to inspire respect. But then the mother was finally led into the courtroom – handcuffed and in shackles. She was in detention awaiting trial for drug abuse. Ingrid’s colleague Kelly Allen from Bethany recalls the scene: ‘For me, it was nothing out of the ordinary, but Ingrid was ashen. It made me stop and think – am I really so desensitised?’

On the other hand, Ingrid is also witnessing a great deal of good practice. She is impressed by the standard of trauma counselling provided for abused children, who receive intensive therapy from specialists. She’s learning new techniques, such as ways of encouraging children to replay their family dynamics in the sandpit. She also appreciates the efficient organisation of the work. And she in turn is adding to her colleagues’ skills portfolio by introducing the concept of video-supported counselling for parents.

Although her internship is progressing well, it doesn’t always run smoothly. ‘Sometimes, people forget that they have arranged to meet me,’ she says, and her voice drops. But no offence is meant – it’s simply that in the US, commitments are not always as binding as they are in Germany.

Her husband Klaus, an engineer, and her four adult children supported her venture into the unknown. But her friends in Stutensee, a rural community halfway between Heidelberg and Karlsruhe, found it quite unsettling. ‘Here we are, thinking about retirement, and you’re going abroad!’ said one of her friends, somewhat reproachfully. As Ingrid has learned, anyone who explores new avenues challenges the others’ status quo. 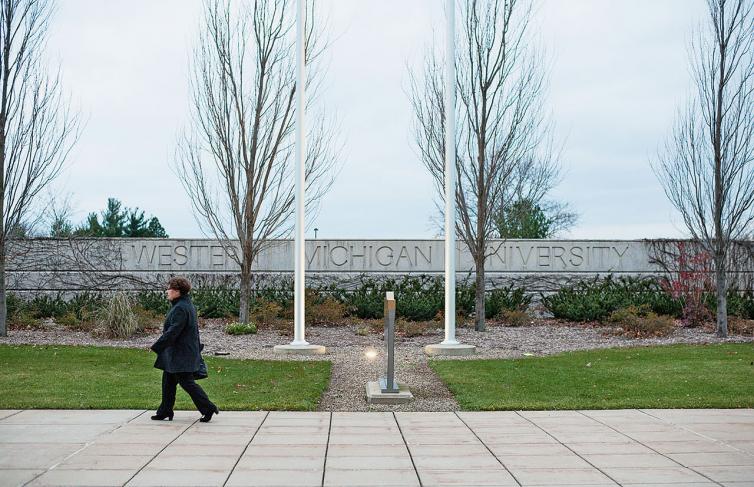 Picture gallery: From boardroom in Germany to classroom in the US.

Every Wednesday evening, she attends a social policy seminar led by Don Cooney, a city commissioner and charismatic activist. The 77-year-old sparks heated debates among his students on issues such as police brutality, educational opportunities, and the exodus of white residents to the suburbs. She finds the unexpectedly emotional tone of the seminars profoundly unsettling. ‘Sometimes I can’t sleep at night.’

So what will she take home with her to Germany? A great many practical tips, such as checklists to simplify her routine work. More digital training material – she is impressed by Bethany’s online courses. And the intention to create a more welcoming culture for visitors to KarLa, which will also have a positive impact on donations. But she has also pinpointed the gap in family service provision in the US: what is lacking is prevention – in other words, programmes which take effect before a conflict escalates. In Germany, families actually have a legal entitlement to this type of intervention. ‘I’ll be going home with a sense of gratitude,’ says Ingrid. ‘It’s only now that I can truly appreciate everything that our social service system enables us to do.’