Catastrophes and chaos shattered people’s hopes of transformation in Lebanon in 2020. But young women like Mireille El Helou are showing that they believe in change and have the energy to start afresh.

Christmas was almost cancelled in Jezzine last year. Officials in the cash-strapped municipality, which is around 70 kilometres south of Beirut, felt that it was inappropriate to spend money on lights and decorations when many were going hungry. But a group of young people had a different idea and wanted to bring some cheer – especially at the end of such a devastating year marred by an economic crisis, the COVID-19 pandemic, protests and a deadly explosion in the Port of Beirut. 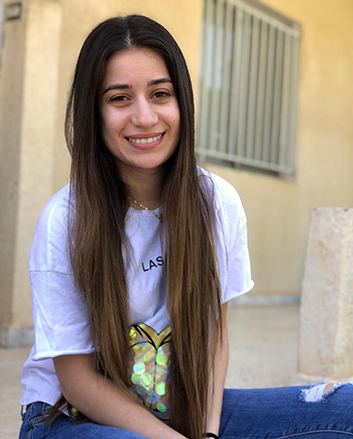 Mireille El Helou was ultimately able to persuade local authorities to agree to their plan. She and teams of other young people put up lights around Jezzine, held a Christmas parade and ran festive activities for the children. ‘I’ve seen the difference between Beirut, where the kids have decorated malls with events at Christmas, and Jezzine, where the kids have been seeing this for the first time,’ says the 24-year-old, who teaches at a primary school in the capital. ‘It was really emotional, I was so happy to see it.’

People like Mireille – young, talented and passionate about their country – are the symbol of a better future for Lebanon, but their numbers are shrinking. ‘After the revolution in 2019, many lost hope, now everyone is trying to leave the country, all my friends have gone to Italy or Germany,’ says Mireille, who is currently completing her Master’s degree in school management. 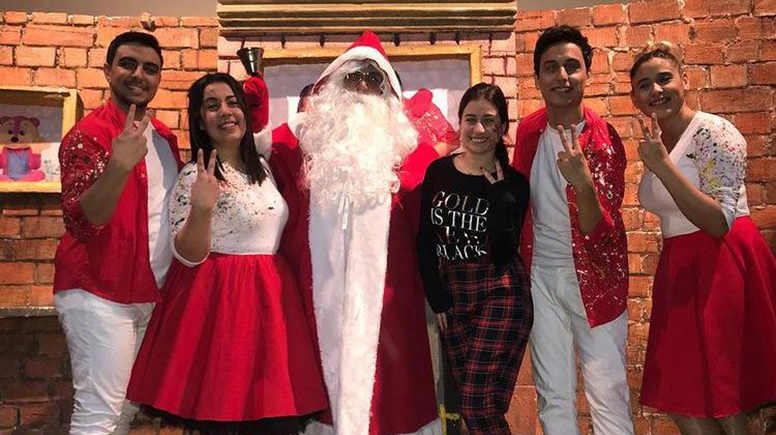 She is part of a dwindling minority committed to staying and solving the problems at home. But she doesn’t want to get involved in national politics. More effective, she feels, is community work at the local level, using the expertise she has developed through teaching and volunteering to help first her town, and then her country. In late 2018, she participated in workshops organised by GIZ and the National Commission for Lebanese Women. They are part of the Strengthening Women in Decision Making in the Middle East (LEAD) project. Working on behalf of the German Development Ministry as part of the Special Initiative for Stability and Development in the Middle East and North Africa, it promotes the political participation of women in the region (Palestinian territories, Jordan and Lebanon). Training, mentoring and support for women-led community projects empower women to engage in local politics and development.

Mireille launched a youth initiative after taking part in the LEAD training course. Her approach is simple, but powerful. Through the youth committee in her home community, she has created a channel for young people to be heard by authorities, while inspiring teenagers to play an active role in improving their surroundings – as with the Christmas activities. ‘It’s a podium for the youth, where they can express their views, ideas and ambitions regarding how to develop Jezzine,’ says Vice-Mayor Samer Aoun, who supports the committee. He thinks that it is good that young people are wanting to play an active role in town life.

Mireille knows that is not the case everywhere and is encouraging young people to get involved in other places too. ‘I was trying to work with one mayor and I could hear him on the phone saying that he rejects my request, that he doesn’t care about these things.’ But she is not discouraged, as she believes that local governments are becoming increasingly open to young people getting more involved. She is also working hard on coordination between schools and municipalities. In the long term, her goal is to assist communities in developing a curriculum for civic education for teenagers. Mireille believes that local governments should do more in the future and not just offer basic infrastructure.

This goal also motivated her to establish a kiosk for women in Jezzine with support from a LEAD fund for community projects. The kiosk on a sunny hillside in the mountains surrounding the small town provides women with a dedicated space to meet up and chat, listen to music and have a party. It also offers a few of them opportunities to make money by selling food and crafts to the hikers visiting this beautiful part of the world. The kiosk had to close during the COVID-19 pandemic. But Mireille and her team are already planning new events for when the restrictions have been lifted.

Women’s faces were at the forefront in 2019, when hundreds of thousands of people took to the streets demanding economic opportunity, political reforms and an end to corruption. ‘The October revolution started with a woman and that’s something we’re really proud of,’ says Mireille, referring to the striking image of a young woman defending herself against an armed ministerial bodyguard with a karate kick – footage captured on a mobile phone that quickly went viral. ‘This was a real hope for all women.’ Before, she adds, many had been afraid to speak out or protest in the streets. But the mass movement in 2019 pushed these kinds of political discussions off the side-lines and into the public realm. ‘You can see it with influencers and other Lebanese women on Twitter talking politics.’

Demand for change had been simmering since 2011

Demand for change had been bubbling below the surface in Lebanon since mass uprisings swept across the Arab world in 2011, unleashing decades of frustration over the failure of successive governments. Mireille was in school when the Arab Spring erupted, but the impact was felt by all. ‘In the age of my parents, everything was always done the same way but now people my age refuse to accept it, if we want something, we work to change it.’

And sometimes, it is the seemingly small steps in rural areas that are yielding change. In Jezzine, more women councillors have been elected to office in recent years, and Mireille is among a growing number of young women getting involved in municipal affairs. ‘In the past, a relative wanted to be a city council member but my family refused because she’s a woman, now this is not a big deal,’ she says. ‘Women are seen in a different way.’