Youth unemployment in Tunisia is high. A partnership is helping young people to get the training they need to see a better future in their home country.

Salha Dellala examines the seam closely, gives the trouser leg a sharp tug, then smiles. ‘Very good. That’s exactly the quality we need for the export market,’ she says, praising the garment worker who stitched the jeans. ‘Keep up the good work!’ Dellala is an instructor at the training centre of Tunisian textile manufacturer Sartex. In the hall, 150 young women and a few men sit at sewing machines, learning how to make trousers, shirts and skirts. Once they have completed their training, Sartex intends to take on all the trainees. The Deutsche Gesellschaft für Internationale Zusammenarbeit (GIZ) GmbH is supporting the training centre as well as numerous start-ups on behalf of the German Federal Ministry for Economic Cooperation and Development (BMZ). Seven years after the revolution, the focus is on strengthening the Tunisian economy and supporting the fledgling democracy.

Salem Fadhloun has also benefited from the employment initiative. Until recently, the 25-year-old’s prospects for the future seemed bleak – at least in his home country. He had already tried to reach Europe on board a smuggling boat twice, but both times his plans fell through. And on both occasions he lost all his savings. He is now employed as a garment worker at Sartex and no longer thinks about starting a new life across the Mediterranean Sea. ‘I received good training and have a secure job here. I also met my wife Haifa through my work. We welcomed our son Zakaria six months ago. There is now no reason for me to risk my life trying to get somewhere else,’ says the young father.

‘There is now no reason for me to risk my life trying to get somewhere else.’
Salem Fadhloun, garment worker

Lack of jobs for young people, particularly in rural areas

Yet young Tunisians are still boarding smuggling boats in the hope of finding decent work far from home. Many of them are from rural regions. In some areas, one in two young adults is unemployed. But, at the same time, there are vacancies on the Tunisian labour market that cannot be filled by Tunisian and foreign employers due to the dearth of qualified candidates. Sartex, which produces clothing for companies such as Hugo Boss, Ralph Lauren, Yves Saint Laurent, Lacoste and Calvin Klein near the coastal town of Monastir, was also desperately looking for suitable workers. In the end, the 3,400-strong company decided to establish its own training centre and has now invested around EUR 1.5 million in this venture. Until mid-2016, BMZ provided support for the project in the form of advisory services worth approximately EUR 200,000.

‘In many cases, the curricula of state vocational colleges have changed little since the 1960s and no longer meet the needs of the modern labour market. That’s why we are supporting Tunisian partners such as Sartex in improving practical and theoretical vocational education and training,’ says Tobias Seiberlich from GIZ, who is responsible for the Open Regional Fund for Promoting Training and Employment for Young People in Tunisia.

Nurses needed: from Tunis to Wiesbaden

The German-Tunisian Centre for Jobs, Migration and Reintegration in the capital city Tunis, which was opened in March 2017 by Gerd Müller, German Federal Minister for Economic Cooperation and Development, also helps Tunisians to find suitable employers. More than 1,500 men and women have already visited the Centre, which was set up by GIZ and the German Federal Employment Agency’s International Placement Services (ZAV). But ‘98 per cent of the people who come to us are primarily looking for opportunities to migrate to Germany legally,’ says project manager Aylin Türer-Strzelczyk.

4,400 men and women have found work through the Fund.

200 entrepreneurs have received support in starting a business. 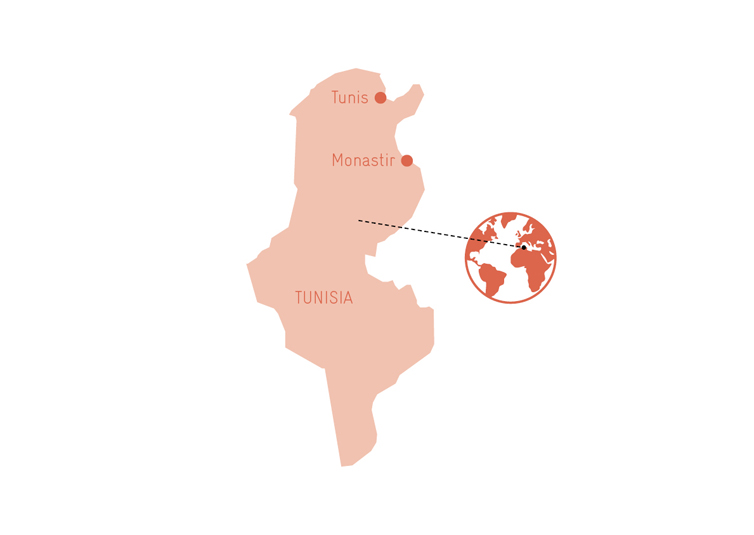 However, Tunisians can only obtain a work visa if they have trained in a field in which Germany is currently looking for specialists – for example, in nursing. The Centre has already helped 18 Tunisian nurses to prepare for jobs in Germany. Mounir Ben Abdallah from Tunis is one of them. He has been learning German for eight months. Staff at the Centre helped him to fill in the many forms and find a job in a hospital in Wiesbaden, where he is due to start work soon. ‘I’m really looking forward to broadening my knowledge in a German hospital. And the pay is also good,’ says the 28-year-old.

The Centre also works closely with CORP – a vocational guidance and professional retraining centre founded by GIZ and the German-Tunisian Chamber of Industry and Commerce – to assist those who do not meet the criteria to work in Germany and currently do not have the right qualifications to find employment in Tunisia. ‘In Tunisia, many companies are looking for community managers for their social media channels, technicians and human resources specialists. But as things stand, very few people on the labour market have these skills,’ says CORP Director Youssef Fennira. ‘With our personalised retraining programmes, we help to close the gap between supply and demand. More than 1,000 graduates of our programmes have already found a permanent job.’

A long way to go 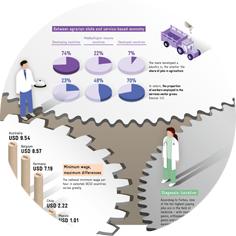 Infographic Employment: exciting facts and figures about the economy, money and working environments around the world.

‘Africa is on the rise’ 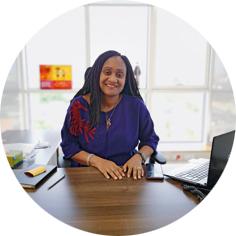 Onyeche Tifase is convinced that unemployment in Africa can be addressed through knowledge and the right financial support.
More on giz.de