An app to improve safety

Violence against women is a major problem in Latin America. Companies are providing support to achieve change.

They came in their thousands and the message on their placards could not be ignored: ‘No more violence!’ In August 2016, tens of thousands demonstrated in the Peruvian capital Lima against the murder of women and what they perceive is a sexist and macho society, in which the perpetrators of violence get away with lenient punishments. The country’s president, Pedro Pablo Kuczynski, marched alongside them and many companies supported the protest too. The fact that the private sector in Peru and other Latin American countries is now showing its hand on the subject is due in no small part to the ‘Combating violence against women’ programme (ComVoMujer –‘Combatir la violencia contra las mujeres’), which started in 2010 and operates in Ecuador, Bolivia, Paraguay and Peru. 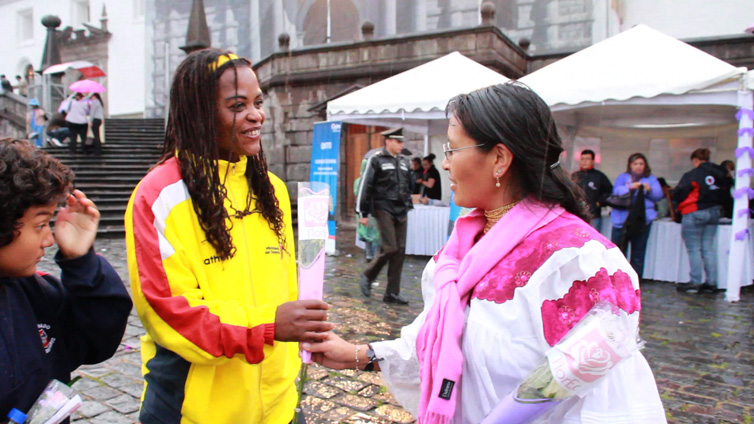 Partners from the world of business, such as flower farms, support the initiative.

On the one hand, ComVoMujer works to establish networks between state and civil society actors and exchange information on particularly successful projects between partner countries. But it is also concerned with getting local companies on board. This is an urgent issue. The World Health Organization estimates that around 30 per cent of all women worldwide are subjected to physical or sexual violence from their partners. ‘In Latin America, in particular, such violence is ever present. The traditional power imbalance between the genders remains significant and this only encourages more violence against women,’ says ComVoMujer programme manager Christine Brendel. When you add to this physical violence and violence using economic pressure, says Brendel, then the total number of women affected in parts of Latin America rises to around 60 per cent.

Consequences for the private sector

What action can be taken to combat such a far-reaching and complex social problem? More to the point, how can companies be motivated to support the cause? ‘We had to overcome major obstacles at the start,’ Brendel explains. Many studies show that women who suffer violence at home fall ill more often and also change jobs more frequently. But those are not the only negative consequences. In collaboration with the University of San Martín de Porres in Lima, GIZ surveyed both male and female employees. ‘What really surprised us was the extent to which violence impacts on both genders.’ It is not just women suffering mental or physical abuse whose performance drops significantly. An aggressive man is not a productive employee either. ‘We were able to demonstrate that violent men cause more accidents and use their working time to control their partners. They also take more time off work.’ In other words, perpetrators of violence also cost companies money. 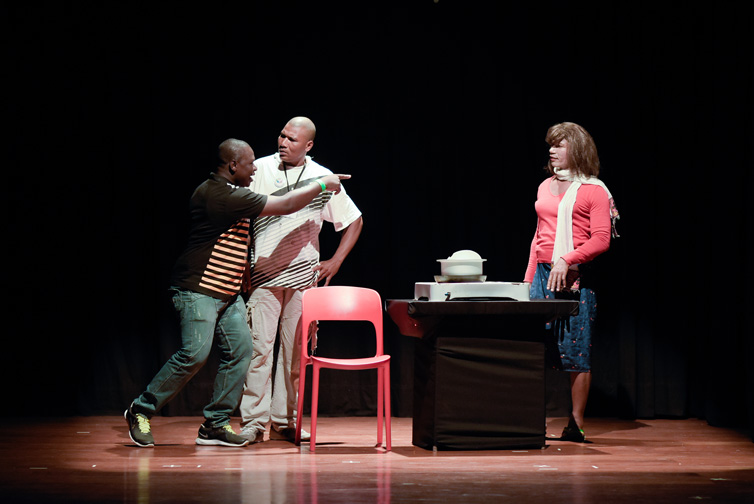 Men have developed a play about the fight against violence.

The figures caused the private sector in Latin America to sit up and take notice. ‘The studies were a door opener,’ says Brendel. Since then many companies have committed to help prevent violence against women. ‘We have worked directly with over 100 companies and indirectly with another 400 – including subcontractors and suppliers.’ There are always two aspects to what we do: awareness-raising on the inside, and waving the flag on the outside. The companies train their staff and create structures to help identify and prevent violence against women. In addition, they take a high-profile stance in public. For example, water supply companies from all four partner countries now print anti-violence slogans on their customer bills, a measure which has reached 16.5 million households. There have been similar campaigns by flower farms. And the male workforce at a wood-processing plant even produced a play on the subject.

Ideally, each sector of industry devises its own way of shining a light on the subject. A good example is Ecuador’s national telecoms provider, CNT. Working together with GIZ, CNT developed the smartphone app Junt@s (meaning ‘together’) to help women in emergency situations. The smartphone can become a lifeline at the touch of a button – if required, the app can be used to send a coded cry for help to friends or a family member. One touch is all it takes to reach 911, the general emergency centre. 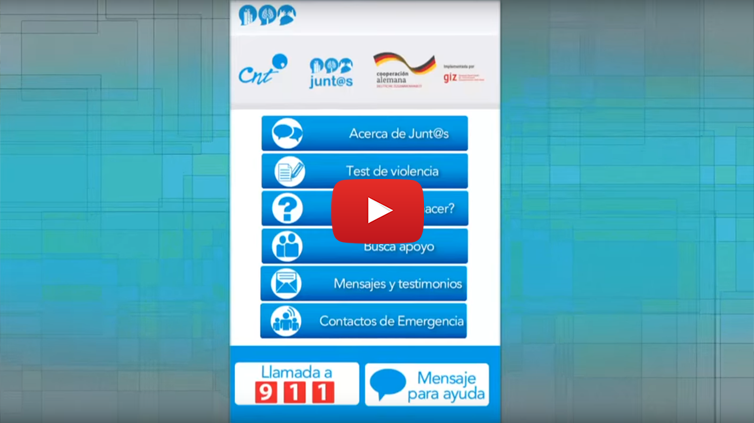 The app also includes two self-tests – one aimed at women, the other at men. ‘If you are angry towards your partner, do you hit objects or break them?’ is one of the questions asked of male users. Women are asked to evaluate how autonomous they are: ‘Do you give in to your partner’s sexual wishes mainly out of fear or pressure?’ Sometimes, the women affected are not even aware that what is happening to them is illegal and a violation of their human rights. The app provides users with clear advice: ‘Your relationship shows signs of serious abuse. Your partner has a history of violence. He apologises to you following mistreatment and promises that it will never happen again. But our advice to you is to get help immediately.’

Discrete and economical with data

Christine Brendel does not know how many women have used the Junt@s smartphone app since it was launched in spring 2016. And there is a good reason for that: the app is discrete and economical with data. ‘We want it to be used as anonymously as possible.’ It is important that men who are distrustful of their partners are not able to trace suspicious calls or text messages. And the app’s developers also incorporated another smart idea: it comes pre-installed on any smartphone supplied under a CNT contract, so no woman has to explain why she has it on her phone.

ComVoMujer hopes to continue winning over companies with large customer bases, which are ideal multipliers for the project. The more the topic is talked about, the more it becomes a focus of public attention – and that is a major step on the road to fundamental behavioural change.