Born out of the coronavirus crisis, the Team Europe concept now serves as a blueprint for EU-wide development cooperation.

Sometimes moments of crisis give rise to the best ideas. This is also true for the EU. As Europe’s joint response to the coronavirus pandemic, the European Commission and the EU Member States launched Team Europe in the spring of this year. Team up, pool efforts and organise emergency assistance for partner countries hard-hit by COVID-19 – that was the motto. A good eight months later, Team Europe has developed into a comprehensive approach with potential for the future. 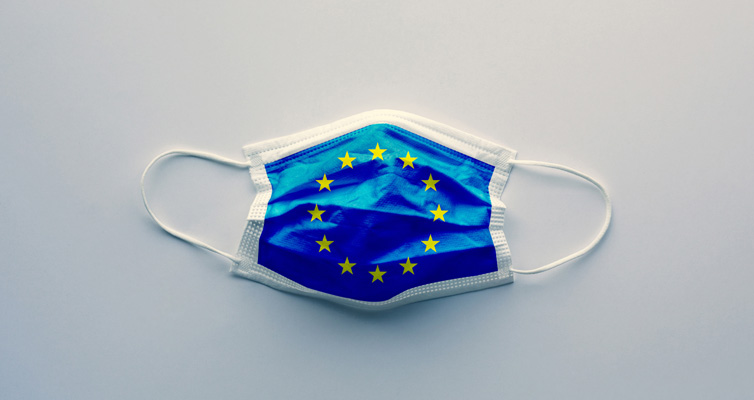 EU institutions, Member States and their implementing organisations, including GIZ, as well as various development banks were involved in the original Team Europe. A total of almost EUR 36 billion was made available for projects and programmes dealing with the coronavirus pandemic in Africa, Asia and Latin America. Various multilateral and bilateral organisations – some on their own, others in alliances – have implemented and continue to implement the projects. What is special is that the donors act together, and are always accompanied by the blue EU emblem.

‘Only by acting as Team Europe can we overcome the global challenges of our time and show the world that the European Union is more than just the sum of its Member States. ’

Martin Jäger, State Secretary in the Federal Ministry for Economic Cooperation and Development

This gave global coronavirus assistance measures a uniform label. But perhaps even more importantly, it has also led to better coordination, harmonised programming and – in many cases – joint implementation, which ensures greater coherence and effectiveness. Josep Borrell, High Representative of the Union for Foreign Affairs and Security Policy, sees Team Europe as proof of the EU’s leading global role in tackling the coronavirus pandemic.

But it did not stop there; the Team Europe concept has now been taken a step further. The pan-European approach to fighting the pandemic gave new impetus to hopes that the EU would adopt a more concerted stance in its dealings with the rest of the world. Team Europe adds more clout to the idea of ‘Working Better Together’ and increases Europe’s visibility. Flagship approaches – known as Team Europe Initiatives (TEIs) – are currently being developed. They have great potential to achieve change and go beyond the coronavirus assistance measures across sectoral boundaries. Complemented by a coordinated political dialogue between the EU and its partners, they form the core element of long-term pan-European External Action. 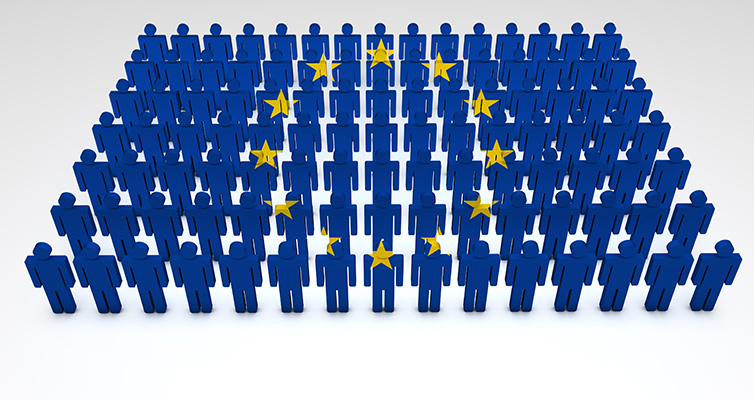 Focusing on the climate and green recovery

The European Commission asked the Member States to submit specific proposals for these kinds of initiatives – and within a short space of time received almost 180 suggestions. Most are geared towards individual partner countries, are implemented in various constellations and by mixed teams, and combine development cooperation and the private sector – but all bear a European label.

The TEIs proposed so far focus in particular on climate and green recovery, digitalisation, health, trade, migration, governance, and peace and security. Regionally, most of the initiatives target Africa, followed by Latin America and the Caribbean. Around two dozen initiatives have already received a positive appraisal from the EU and Member States. TEIs are also a big topic of discussion in the German development community – Team Germany is actively involved in Team Europe.

The EU’s aim of enhancing its profile in its global activities fits in well with the Commission’s general vision of active multilateralism. But it also takes account of the fact that international competition for influence has recently intensified again. For Jutta Urpilainen, European Commissioner for International Partnerships, the Team Europe approach is a ‘good model for teamwork in the future’. It increases the visibility of the EU amidst large international powers such as China and the United States. The EU’s visibility is ‘often not particularly high’, says Urpilainen, even though the EU and its Member States together are the world’s largest donor of official development assistance (ODA).

Even more importantly, Europe can achieve more by pooling its efforts. Or as Martin Jäger, State Secretary in the German Federal Ministry for Economic Cooperation and Development, puts it: ‘We need a holistic development cooperation approach and we need to work together as Europeans. Only by acting as Team Europe can we overcome the global challenges of our time and show the world that the European Union is more than just the sum of its Member States.’