Network for a new urban agenda

Cities Fit for Climate Change is a global project focusing on integrated urban development in the face of climate change. To coincide with start of the UN Climate Change Conference in Katowice (COP 24), akzente gathered views from three people from Chile, India and South Africa. 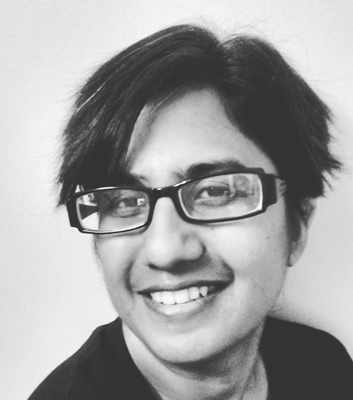 ‘We need to think and act big and act fast. It is too late for baby steps.’

“I live in Chennai, a city in the global South, which is very vulnerable to climate change. I have specialised in sustainable urban design throughout my working life. But it was during the severe flood in Chennai at the end of 2015 that it really hit me: climate change became very, very real. I knew that rising temperatures and unplanned urbanisation had to be stopped fast and that I had to start shouting more loudly for this cause. Working with Cities Fit for Climate Change is part of that advocacy. It’s amazing to work on a platform that spans a worldwide network. In recent months, I have spoken to many stakeholders who are confronted with climate change on a daily basis. And I have learned about new ideas to help us with disaster preparedness in cities, so that we can cope better with the impacts. I think the exchange of information is fantastic and I am happy to pass on my knowledge. I teach at various universities and constantly advocate to students about climate change and the need for sustainable urban design and planning. Recently, at Urban Design Collective, we have also started awareness programs among high school students. Considering the frequency of floods and cyclones in this region, they know what we are talking about and are familiar with the destruction and trauma caused by such disasters. We explain why they happen and stress that we have to do more to prevent them. So my message to the UN Climate Change Conference is: We need to think and act big and act fast. It is too late for baby steps.”

Vidhya Mohankumar (38) is an architect and urban designer from Chennai. She founded Urban Design Collective, which cooperates with the Cities Fit for Climate Change project. In August 2018, she played a major role at the dialogue forum held in her hometown, where representatives of the three partner cities Chennai, Durban and Santiago de Chile met with participants from European cities. 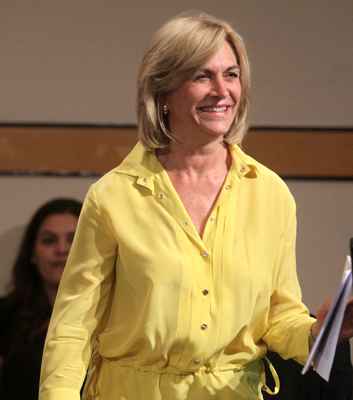 ‘We do not have time to waste.’

“Climate change is a real menace. My thoughts have always been of fear for younger generations and for people living in coastal villages. Climate change affects people’s quality of life, something we are also experiencing in the municipality of Providencia. We are dealing with heat waves at unusual times of the year. We have heat islands because of too much pavement on public spaces and see the decay of urban woodland because of lack of water. When I became mayor, I saw the possibility of making a bigger change. Thankfully, there are brilliant and dedicated professionals in our municipality who have taken this matter very seriously and have developed very specific plans. Temperatures are rising because of the way we are building cities, and we are working on changing this with a new approach. Today we focus on managing our climate strategy financially, working on infrastructure, mobility, waste management, energy management and strategic planning. The cooperation with the Cities Fit for Climate Change project has been very important. We are gaining perspectives and also specific advice, for instance on bike lane design and construction. And this is my message to the UN Climate Change Conference: Planning with action. It is important to include technical advisors to ensure implementation of programmes. We need more than political commitments because we need to implement the agreements. The most important thing is to take action and we do not have time to waste.”

Evelyn Matthei (65), a politician, served as Minister of Labour and Social Security under Chilean President Sebastián Piñera until July 2013. Today she is the mayor of Providencia, a municipality in the metropolitan region of Santiago de Chile that is cooperating with Cities Fit for Climate Change. 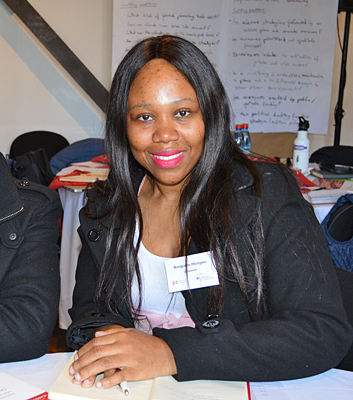 “We are the hands. By that I mean that it’s the cities and local governments that translate national and international policy into practical action. And we are the ones that have the ability to pursue goals in order to drive our countries’ economies forward and ensure that they can develop sustainably in the future. That’s why the partnership with Cities Fit for Climate Change has been invaluable for our municipality in the sense that it has provided an enabling framework to implement vital development strategies in future. Previously, our goals were not translated into actionable components. But this is essential, because climate change for cities such as Durban is real and happening right now. The cooperation with the project gave us climate specialists in the municipality an opportunity to collaborate on an integrated urban development plan that takes special account of climate change and the relevant mitigation and adaptation measures. From its origins as an environmental issue, climate change has broadened to encompass economic development and infrastructural planning. Climate actions must complement each other in order to provide immediate relief to the communities we serve. The truth is that we in the cities and local governments need the assistance and the attention of political leaders so that we can act. This is my message to the UN Climate Change Conference: policy-makers should be helping us on the ground to find solutions to the challenges of climate change.”

Nongcebo Hlongwa (34) works as a climate expert with the eThekwini Municipality (Durban), which has a population of 3.5 million people.

Urbanisation is a key factor shaping life in the 21st century. By 2050, two thirds of the world’s inhabitants will be living in towns and cities. Densely populated metropolitan areas are major contributors to climate change but also particularly vulnerable to its consequences. New and future-oriented strategies to mitigate climate change and adapt to its impacts therefore need to form part of urban development policy. On behalf of the German Federal Ministry for the Environment, Nature Conservation and Nuclear Safety, GIZ is implementing a global project called Cities Fit for Climate Change as part of the German Government’s International Climate Initiative. The project also cooperates with urban development experts within the German Federal Ministry of the Interior, Building and Community.

Launched in 2015, it provides advisory services to its partner cities – Chennai in India, Santiago in Chile and eThekwini (Durban) in South Africa. Around 200 town planners, local government staff, politicians, academics and representatives of non-governmental organisations in the three countries are cooperating on this topic. They share practical experiences of climate-friendly urban development with each other and with European partners, coming together for international dialogue forums; the most recent took place in Chennai in August 2018. GIZ is also working with its partners to produce a digital handbook on climate-proof urban development as a future guide for urban development practitioners. The handbook will include case studies from around the world which form part of a newly developed ‘climate-proof urban development approach’. The case studies are intended to serve as models for other cities to follow. GIZ has trained local government staff across municipalities in the partner cities in climate-sensitive urban development.

In Santiago, infrastructure and housing construction projects are now taking greater account of climate factors, for example on one of the city’s largest housing projects. There is a further project to upgrade open spaces along 12 kilometres of the city’s main thoroughfare. In Chennai, specific proposals submitted as part of an ideas competition are being taken forward to redevelop a central section of the city’s canal. And in South Africa, the project has been supporting the municipality of eThekwini (Durban) in cross-departmental cooperation. This has resulted in South Africa’s first ‘climate resilience implementation plan’. The plan ensures not only climate-sensitive town planning but also the budgetary resources needed to turn plans into reality.