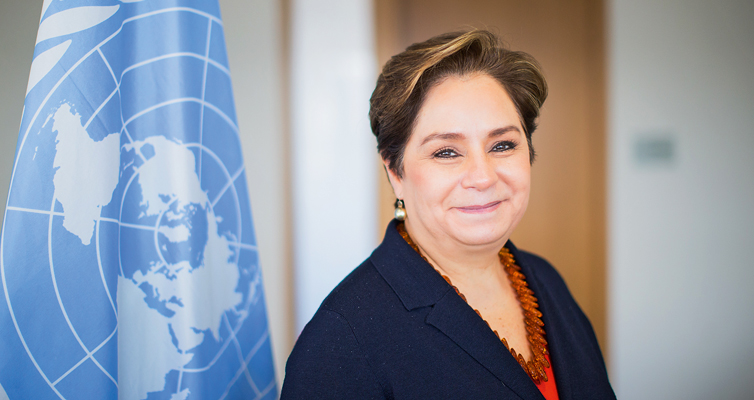 Would you say climate change is beyond scientific doubt by now?
Yes. The scientific assessments of the Intergovernmental Panel on Climate Change provide a risk assessment of profound credibility built over some 25 years.

Some people state the opinion climate change is even accelerating. Is that so? Where and how is that noticed?
There is certainly concern among researchers over, for example record global temperatures in recent years and record low ice cover at certain key times of the year in the Arctic and the Antarctic — the more we add the pollution into the atmosphere the more we run the risk of very sudden and unpredictable shifts in the Earth’s climate that may be irreversible.

The Paris Agreement makes all countries responsible for combatting global warming – large and small countries, rich and poor. How serious are they taking the treaty?
Very seriously: the speed at which the Agreement came into force and the level of ratifications—currently at over 150, and with more monthly—underlines the enthusiasm globally

Are they really going about changing their energy systems, using more renewables etc., or is it shere rhetoric?
Growth in renewables continues unabated, because in so many countries and communities it makes pure economic sense. Investments in renewable energy was nearly 242 billion dollars in 2016, adding 138.5 gigawatts to the global power capacity—up 9 per cent from the 127.5 gigawatts in 2015. Investment in renewables capacity was roughly double that made in fossil fuel generation

What about developing countries, are they investing in clean energy systems, too?
Yes and it is not just China, investment in renewables is advancing in so many developing countries—in 2016 Jordan was a standout example as was India--India saw the construction of the Ramanathapuram solar complex in Tamil Nadu: at 648 MW, it could be the world’s largest ever PhotoVoltaic project.

The developing countries are supposed to get support from the Green Climate Fund in this endeavor – a fund that is supporting climate-friendly as well as adaptation projects. Is that mechanism working well by now?
I think we are seeing positive change with funding for projects really getting underway. Everybody can assess the actions for themselves on the website of the green climate fund.

What role do you see for development organizations like GIZ in implementing the Paris Agreement?
Their role is crucial for building new kinds of cooperations, de-risking and catalyzing technologies like renewable energies and getting green finance flowing.

The US announced to withdraw from the climate agreement, even though it remains unclear whether they will really do so. What does that mean for the international climate regime?
The announcement to withdraw was of course disappointing. But the global response to this has been quite remarkable. Leaders North and South, East and West stated unquestioning support for the Agreement and pledged to move forward to meet Paris’s aims and ambitions. In parallel, so many cities, regions and territories supported by companies and investors are also aligning their actions with the Paris Agreement—unprecedented in respect to a global UN treaty. Exciting facts and figures about the future of energy in our infographics.