In democracies, towns and local authorities should be given more powers. They shape people’s everyday lives and are vital in ensuring that people are content, says social scientist Shandana Khan Mohmand from the Institute of Development Studies at the University of Sussex.

You have done a lot of research in different countries around the world on political participation and representation – what is the state of democracy nowadays?

There is good and bad news. Almost half of all countries have democratic systems now, more than ever before in human history. However, we have seen some backsliding on democratic values in recent years. And of course half is still only half; it could and should be more. 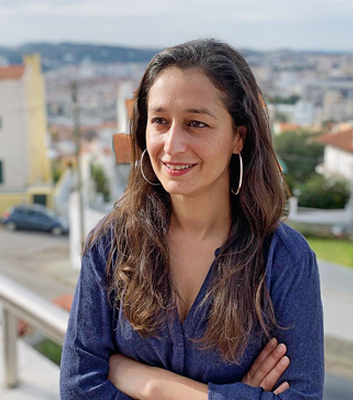 SHANDANA KHAN   MOHMAND  is a research scientist and lecturer at the University of Sussex’s Institute of Development Studies. Her areas of specialisation are political participation, decentralisation and political economics. Her work has included conducting research into elections in Pakistan.

So is the much-discussed trend towards autocracies and populism overemphasised?

There is this trend, without any doubt, but it is also a bit dramatised. That has probably to do with the fact that it is happening in at least three countries that we had accepted as being established and vibrant democracies: USA, India and Brazil.

Is the retreat of democracy limited to certain geographical regions?

No, you can find cases and similar patterns on almost all continents. Apart from the USA and Brazil, take for instance Burundi, Hungary, Turkey or the Philippines.

Are there differences in what people expect from a democracy?

They all expect their governments to be representative of their needs, to be accountable, transparent and allow them to participate. That holds true regardless of a country’s level of development. The big difference has to do with what voters are concerned with. In advanced democracies and richer countries there is more talk about ideology and big public policy programmes. In much of Africa, Asia and Latin America, the great concern is still with gaining access to basic services such as water, sanitation, health services and so on.

Does that mean economic wellbeing is more important to people than political freedoms?

Basic electoral procedures and civil liberties definitely go hand in hand with democracy. But beyond that you have to make sure that resources are being spread across all populations and that there is economic and social wellbeing for all. That is precisely where democratic systems have failed over the last 30 years, not that autocracies perform any better.

How could and should governments have prevented that failure?

Many governments relied too much on the market. The whole debate and narrative of the past four decades was about how markets would improve people’s lives. But at least parts of the population cannot be served by the market. The state must step in and redistribute resources to more marginalised populations.

What exactly should be regulated more by the state?

Mainly three things: progressive taxation, health and education. Governments should introduce effective taxation to raise revenues to enable more and better-quality services for everyone. Education is hugely stratified in most countries and this entrenches inequality by pre-determining people’s economic situation. Health services are neither accessible nor affordable in many places. The points on this list might sound simple, but in many countries, they do not define government priorities. Without them, however, social and economic mobility is difficult and that is when people become disillusioned with the political system.

What role do local governments play in this?

They play a very important part because they ultimately have to provide the everyday services people need. And it is on this level that people can participate in decisions and in representing their communities. So, it is essential that national governments effectively empower local governments.

Do you see democracy seriously endangered?

The trend of autocratisation is depressing, but democracy has also strengthened in places. Essentially, I do not see any alternative to democracy because people want to be represented equally and fairly, and to live freely. But democracies have to work on creating greater equality for everyone. Opinions, feelings and hypotheses about the state of democracy abound. A look at the world of figures helps to put things in perspective.