The world calls on our country to accept greater international responsibility. What does that mean for GIZ?

GIZ’s third ‘Germany in the Eyes of the World’ study was published in early 2018. Even more strongly than in the first two studies, Germany is accorded an important leadership role in international politics. While the first study in 2012 encouraged Germany to try on a larger size of shoes, this latest study no longer encourages but urges. What is new is that this is explained by pointing to the weakness of other actors. 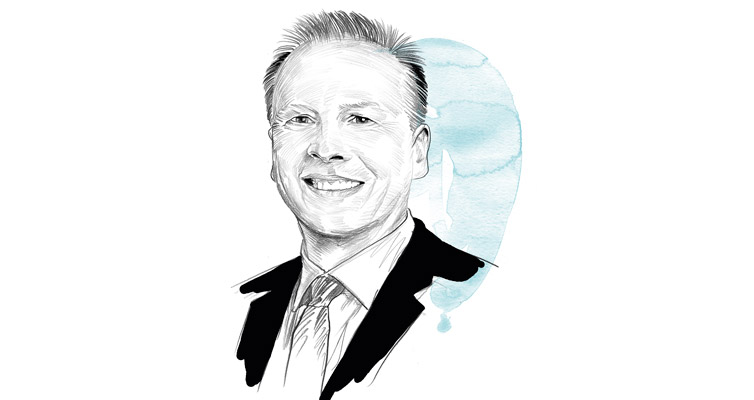 is a GIZ Managing Director and has been involved in all three studies.
christoph.beier@giz.de

For us as a federal enterprise, which provides practical support for the German Government in the field of international cooperation around the globe, one thing is clear: it is important to systematically address the expectations and fears of others, and the role they would like to see Germany play. By comparing our self-view with the way others see us, we can come closer to identifying our own blind spots. This provides openings for discussions, and opens up new fields for action which we can identify for our commissioning parties. The perceptions of our partners in 120 countries worldwide can be incorporated into the policy dialogue, and influence German and European policy. If Germany’s role in the world changes, the regulations, priority areas and procedures affecting our work might also shift.

Analysing our own role

Let’s take one example: if Germany’s dual training system and thus Germany’s role in technical and vocational education and training enjoys an excellent reputation in many parts of the world, in all probability these services will be increasingly requested by partners in future. If we are now seen more as active players than as attentive listeners, we must ask whether we can achieve the political objectives of the German Government with the role attributed to us, or if we can further hone the way we act. In terms of the leadership role that Germany is credited with inside Europe, we as GIZ must look and see where we can best support the German Government in playing this role in the field of international cooperation.

For our work, this means that crises are increasingly becoming the norm. About 1.5 million people live in areas marked by conflicts, violence and a lack of security, in countries such as Afghanistan, Mali and Syria, and their neighbours. That is equivalent to about one fifth of the world’s population. If the German Government, in its coalition agreement, underlines the joined-up approach to be taken by foreign, security, development and human rights policy, then we too will keep this interconnectedness in mind. Responsibility means taking a stance – even in difficult times.

Responsibility, for us as a federal enterprise, also means respecting and driving forward global agendas that Germany has undertaken to support. They include the 2030 Agenda for Sustainable Development with its 17 Sustainable Development Goals (SDGs) and the Paris Agreement on climate change. Moving closer to these goals through our daily work is an important part of Germany’s international responsibility.

Politics provides the framework for our work at GIZ – we help translate the policies into action as efficiently and effectively as possible. Sometimes this can also mean translating things in the other direction. This study is nothing other than a reflection from the outside in. We very much hope that the results of this new study contribute to a ‘responsible’ debate about Germany’s role on the international stage. Given the current state of the world, there can be no doubt that this debate is urgently needed. —