Vegetable growing on Cairo’s tower blocks: just one example of how the megacity’s poorer residents are improving their living conditions.

When Maryam Abdel Latif first heard about the rooftop farming project a year or so ago, she never dreamed it would completely change her life. Maryam lives with her husband and three children in Ezbet al-Nasr, a poor neighbourhood in the south of Cairo. At the time, she was working in a kindergarten, earning around 10 euros a month. The project inspires residents in districts like Ezbet al-Nasr to grow vegetables on their rooftops in order to improve their families’ access to fresh food and provide an additional income by selling surplus produce.

Maryam, now in her mid 30s, was intrigued and signed up for the project straight away. After all, farming is in her blood: her father and brother both studied agriculture at Cairo University. She attended the courses, learned how to nurture the soil and deal with pests, and finally built her own vegetable patch on the roof of her house. 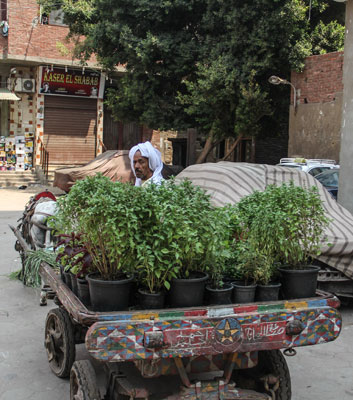 Street life in the informal settlement Ezbet al-Nasr in Cairo

Adapting to the impacts of climate change

She began to devote just 90 minutes a day to tending her rooftop garden – and was soon earning more than her monthly income from the kindergarten. So she resigned from her job and now spends her days looking after her crops. ‘When I wake up in the morning, I can hardly wait to go and check on my plants,’ she says. ‘I’m always keen to see how well they’re growing.’ Maryam is also passing on her skills to her children, showing them how a rooftop garden can keep their home cool in the heat of the summer.

The project is one of several being implemented in Cairo by GIZ under the BMZ’s Participatory Development Programme in Urban Areas. Rooftop farming meets several of the programme’s objectives: it empowers women and boosts their independence while providing residents of poor neighbourhoods with an additional source of income. It also gives local communities the simple but sustainable skills they need to adapt to the impacts of climate change. 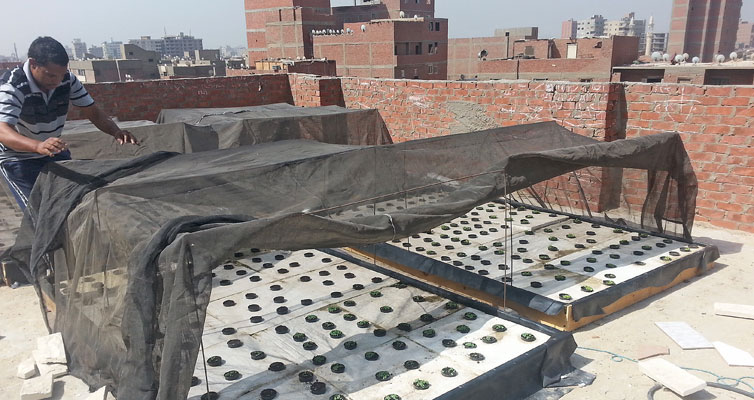 On many tower blocks in Cairo, gardens have been planted.

Ezbet al-Nasr is an informal settlement. The Egyptians call these districts Ashwa’iyya, derived from the Arabic word for blind, unplanned or chaotic. An estimated 12 million people – roughly 60 per cent of Greater Cairo’s population – live in neighbourhoods like these, says programme manager Günther Wehenpohl, himself a structural engineer and urban planner.

Unlike Brazil’s favelas, for example, poor districts in Cairo are often dominated by tower blocks; some of them more than 10 storeys high and built so close together that two lanes of traffic can barely pass between them. Most of the buildings were constructed illegally, so the municipal authorities rarely take any responsibility for infrastructural provision in these districts. ‘The lack of a proper power or water supply is what these neighbourhoods share in common,’ says Günther Wehenpohl. Schools, hospitals and kindergartens are also in short supply. Unemployment is high, as is the birth rate. 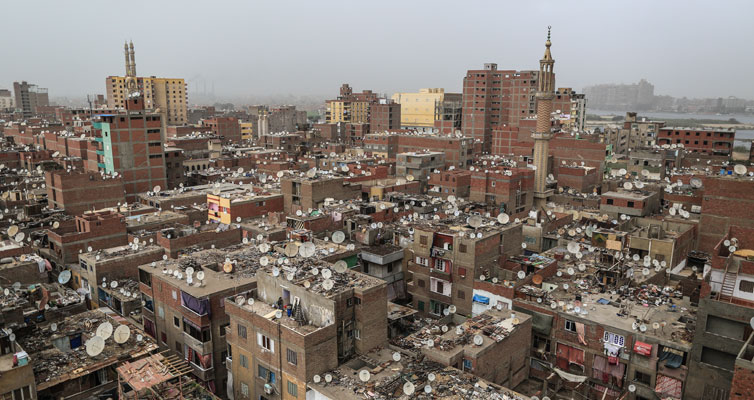 View of Ezbet al-Nasr: The houses are built close together, but with a lot of room for gardening on the roofs.

Since 2004, GIZ has been working to improve living conditions for these communities. The keyword is ‘participatory’: residents are encouraged to take part in project planning and implementation, based on their identified needs. As Günther Wehenpohl explains, this is the only way to ensure that local people identify with the outcomes and take ownership of the projects in the longer term.

Programme partners include the Egyptian Ministry of Housing, Utilities and Urban Development, the local authorities, non-governmental organisations and the business community. Around 15 per cent of the funding comes from the German federal budget. During the current phase, the European Union is contributing roughly 40 million euros, with an additional seven million euros provided by the Egyptian authorities and NGOs.

Raising awareness of topics such as waste and the environment

GIZ’s experts develop the project outlines, provide training for local authority staff and non-governmental organisations, and manage the partnerships with local communities in the informal settlements, e.g. by organising residents’ meetings. The programme currently consists of projects in nine districts in the Greater Cairo region; for example, in cooperation with the municipal authorities, waste disposal systems have been set up for around 600,000 residents in two poor neighbourhoods in Qalyubeya. Waste collectors in these districts previously worked independently but have now been integrated into the system, thus improving their incomes. The project has also raised local residents’ awareness of topics such as waste and the environment, and has increased public satisfaction with the waste disposal services. 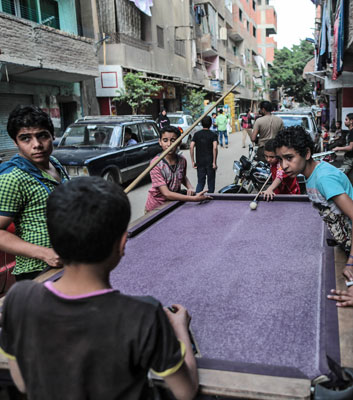 Since the military took control under the current President Abdel Fattah al-Sisi in 2013, there has been renewed opposition to participatory urban development. The government distrusts civil society and rarely grants permission for public gatherings. But despite the challenges, there are still many participatory projects under way, implemented by people like 29-year-old Deena Ossama. She works in Ezbet al-Nasr, running an education project for the non-profit arts organisation Alwan wa Awtar (‘colours and strings’).

From November 2015 to July 2016, some 250 children from seven to 15 years of age gained access to free after-school activities thanks to the project. Deena brims with enthusiasm: ‘I am so happy that the children who spend time with us don’t just learn to read and write: some of them suddenly develop a huge interest in books. I firmly believe that our children will transform our society in future.’