‘Telling people about our diversity’

In her book entitled Memoirs of an African Child, Farirai Mubvuma from Zimbabwe pits authentic African voices against simple stereotypes. In an interview for akzente, Mubvuma, who previously took part in the ‘Afrika kommt!’ (‘Africa is coming!’) programme, describes why she became an author and explains how everyone benefits if they listen to one another.

Ms Mubvuma, what gave you the idea of publishing a book about the lives of alumni of the ‘Afrika kommt!’ initiative?

For the first three months of ‘Afrika kommt!’, we all stayed together in Bonn learning German, going on study tours and attending International Management Training. It was interesting: we were unified by the programme, but the 22 of us from ten different African countries had experienced quite different things in life and had a lot to learn from each other. One day, some of us were sitting on a train and listening to each other. This was the initial moment the idea was sparked, to write down these stories – told from our perspective and with an African voice. 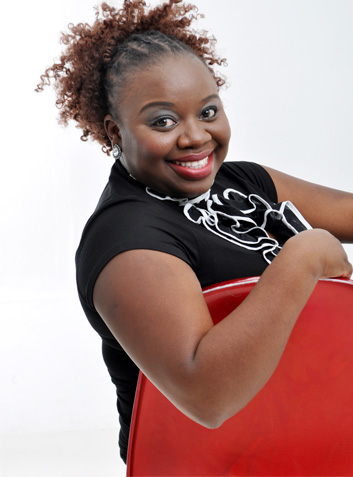 Was everyone convinced about the idea?

The reaction was mixed. Not everyone wanted their story to be published, which was fine for me as I thought the stories are only useful if the owners want to share them. As some of the people were worried that their stories were still incomplete and they were still working towards their goals, I made it clear right from the start that this is not about established or famous people. You can read about Michelle Obama and Nelson Mandela, but you don’t read much about regular people. I want to tell stories about regular people who are still on their journey. Stories that other people can relate to.

Why did you choose these particular stories?

Up to now there have not been enough stories about regular people in Africa. I was always an avid reader, but I can’t remember getting many books by Africans when I was growing up. Most of them came from Europe or the US. Africa was and is mostly seen through other eyes, with another perception, and often times, wrongly. We are gradually catching up and there is definitely a few more stories than there was back then, but there is still a lot of interesting stories that still need to reach the world: in literature, film, theatre, music. 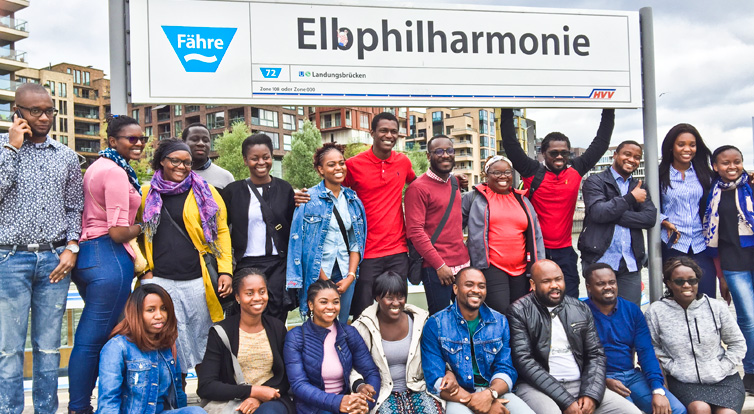 What particularly surprised you about your colleagues’ stories?

What surprised me most is that I myself need a lot of education on other African countries. We come from Angola, Botswana, Burundi, Côte d‘Ivoire, Ghana, Kenya, Mali, Nigeria, Uganda and Zimbabwe. And although we are all about the same age (30ish), we realised there are many differences. It had to do with our personal situation (family), cultures, but also with the situation in our countries, such as civil wars or economic crisis. And then many challenges we had were the same, economic hardships (financing school fees) or finding adequate jobs after graduation.

Have there been interesting responses from readers?

The book is on Amazon and one of the first reviewers says that the book’s title is a play on the fact that there is no such thing as an African child. It is different from person to person. I felt like that reviewer got the point of the book. And I smiled, because this is exactly what it is about: Getting beyond the stereotypes and seeing it from the other side. The book is about African diversity. 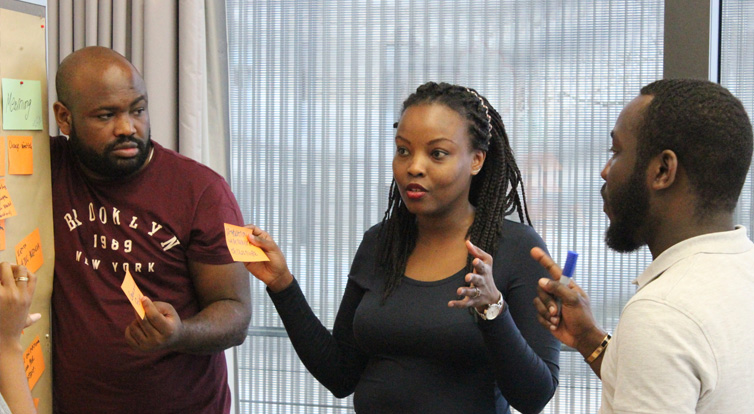 Were you confronted with clichés about Africa and Africans during your time in Germany?

We were in Germany in 2017/2018 and immigration was a hot topic. Beside rude comments on bus rides, I remember not malicious just conservative views on Africa. Questions like, ‘Is it safe to go to Africa?’ And I was always happy to  tell the people who asked of all the different places where you can find all the facilities you need. Many people were also amazed that I spoke fluent English. After hearing me speak, some would ask whether I was really African. That too, was a good opportunity to explain that we also had good schools and a good education system and that I have an MBA, am a Project Management Professional (PMP) and have worked for international companies in Africa before. But then I was at the station shortly afterwards and saw the newspaper headlines about poverty in Africa, and I realised where the one-sided images come from. That is what I hope my book will address, helping to demystify African stereotypes.

Do you think anything is changing in the way Africa is perceived?

Not as quickly as we would like, but things are changing. ‘Afrika kommt!’ is part of the steps to change the narrative about Africa. This changed perception of African countries and people is important for German firms that want to operate on the global market too. You get a different view if you only have ten Germans at a table or ten Americans or ten Africans. Exchange is important. We need each other to be productive in whatever field we work in.

Farirai Mubvuma (33) took part in the ‘Afrika kommt!’ programme from 2016 to 2018. She was born in Zimbabwe and worked as an Assistant Manager for the auditing firm Ernst & Young. Through ‘Afrika kommt!’ she joined SAP at their headquarters in Walldorf, Germany. She currently works for SAP in London.

‘Afrika kommt!’ is an initiative by the German private sector for young professionals and executives from sub-Saharan Africa. As part of the initiative, large German companies offer young African managers the chance to gain an insight into their operations and management methods. GIZ plans, organises and evaluates the scholarship programme on behalf of the companies. The programme is supported by the German Federal Foreign Office and the German embassies in sub-Saharan Africa.