After decades of war and instability, a growing number of Afghans are now aware of their rights. Mediators and legal advice centres in Balkh province are helping in this process.

Four men are seated on the floor, their gaze fixed on Mohammad Zahir Samim’s desk. For the time being they are quiet, patiently awaiting a sign from the official in a grey jacket, whose alert eyes are busily scanning the pile of documents in front of him. In the corner of the sparsely furnished room stands a bookcase crammed with brightly jacketed law books.

Every document on his desk relates to the dispute that Samim has been dealing with over recent weeks. For 13 years, the former businessman has served as a state mediator in Khulm, a small town in the northern Afghan province of Balkh. The office of mediator is a long-standing tradition in Afghanistan, which enables the Ministry of Justice to offer parties involved in a civil dispute the option to settle their differences without the need for court proceedings. 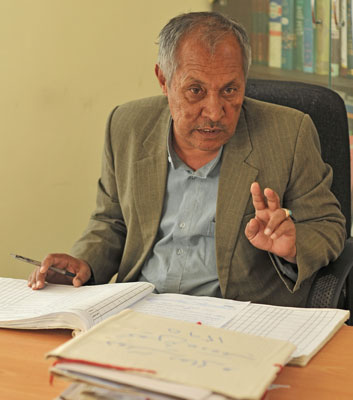 ‘As a mediator, I not only have to know the law, I also need to show a lot of patience,’ Samim laughs. As if to prove the case, he turns to the men seated on the floor, who are now engaged in a heated discussion. One of the quarrellers, an old man with a beard, a turban and a rasping voice, fires off a volley of accusations in the direction of his opponent. Gesticulating wildly, he whips out a document which flies in a wide arc and lands on the mediator’s desk. Samim looks unimpressed and makes a brief telephone call.

The issue is land: someone has bought a plot of land which is also part of an inheritance. Who owns which share of the land? How much of the plot is the purchaser allowed to farm? How much the inheritor? These are routine problems for Samim. Around two thirds of his cases involve disputes over land, then come family feuds and business or debt disputes.

The courts are held to be corrupt

Each time the procedure is the same: every case begins with a complaint, after which the opposing party is heard. If no agreement is reached between disputants after several days of mediation, Samim gives the parties his assessment of how the court would judge their case. At the end of the mediation, either a written agreement is drawn up or the case is put before the relevant court.

The advantage of the mediator’s assessment is that if both parties are in agreement, the equilibrium of the relationship between disputants is maintained – unlike a court case, in which one party emerges as victor and the other as loser. Furthermore, the courts in Afghanistan are generally held to be corrupt, whereas mediators enjoy a high level of public confidence.

"We take more time with people"

‘We also take more time with people than do conventional judicial institutions,’ says Samim. On occasions, the 52-year-old drives directly to one of the thirty villages that fall within his jurisdiction. He then tries to work with the parties involved to resolve disputes on the spot.

The room falls silent again as Samim reads out the old man’s title deeds in a low voice. Since Samim’s judgement carries considerable weight, the facial expressions of the disputants reflect their respect. ‘If I can help to resolve a dispute, I also see that as a personal success.’ 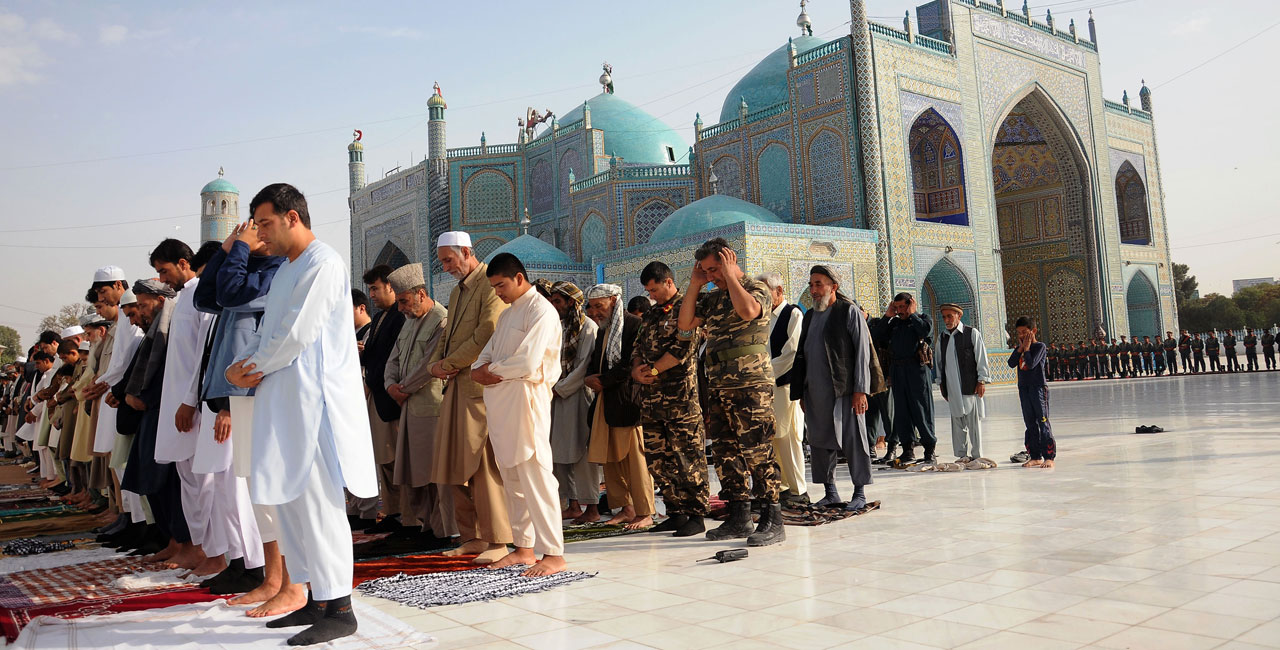 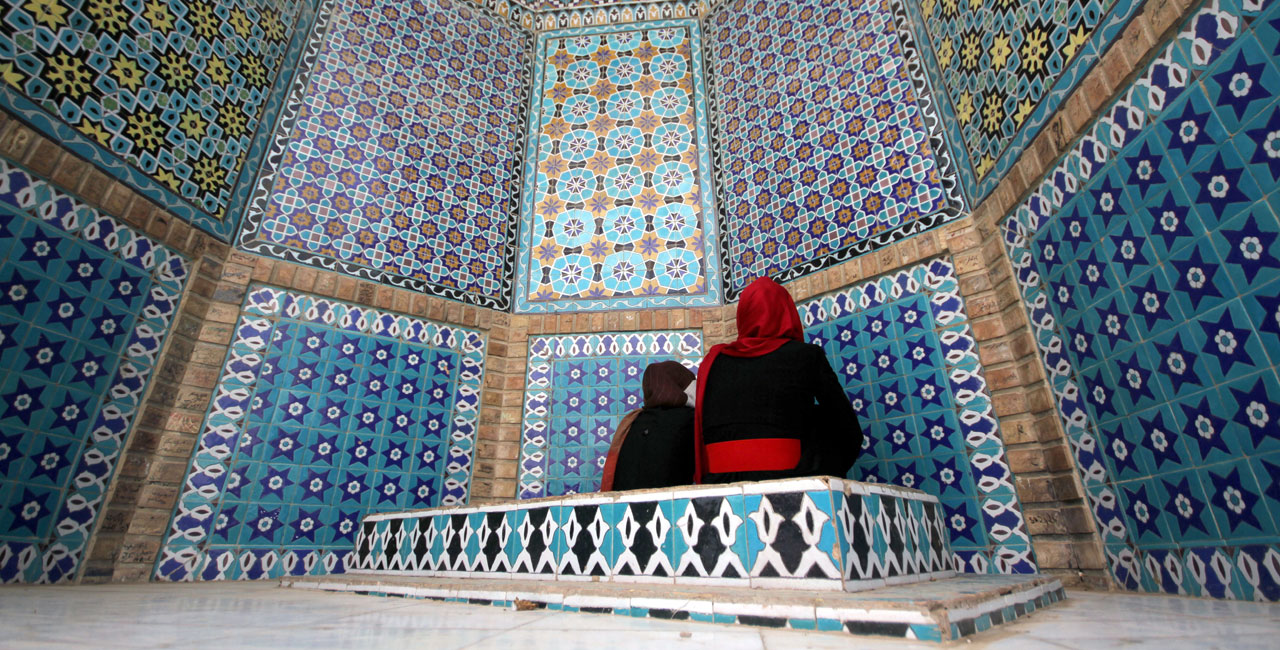 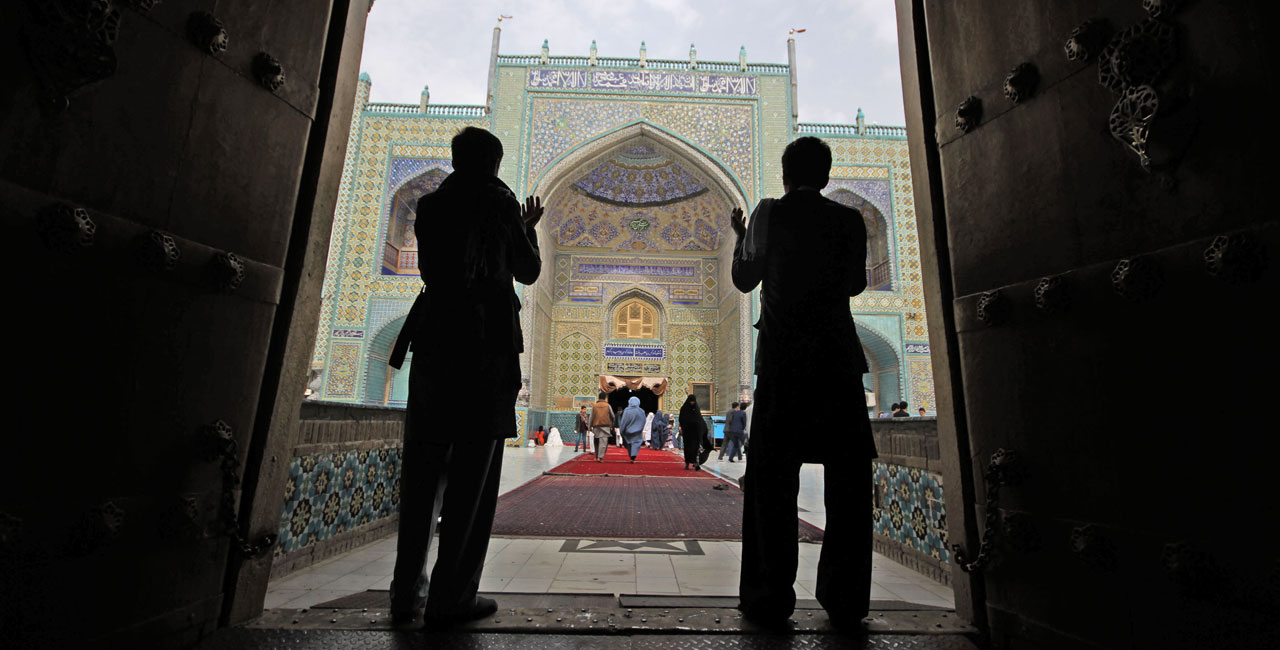 Training for state mediators is one of the core aspects of the project Promotion of the Rule of Law in Afghanistan, which is implemented by GIZ on behalf of the German Federal Ministry for Economic Cooperation and Development . In cooperation with the Afghan Ministry of Justice, 160 mediators from six provinces have been provided with regular training courses. In addition, qualified lawyers are on hand to support mediators, answering legal questions as mentors or assisting with more complex cases.

In addition to providing support to local judicial institutions, the project is also concerned with giving Afghans greater awareness of their rights. After decades of civil war and the fall of the Taliban, a new constitution has been in force in Afghanistan since 2004. Its implementation, however, remains strewn with stumbling blocks. ‘Establishing the rule of law is a lengthy process. One such obstacle, for example, comes in the form of the local tribal courts, which make decisions based on tradition. Little attention is paid to women or children,’ explains project manager Bernd Messerschmidt.

Information on all aspects of the Afghan judicial system

The road which runs 60 kilometres west from Khulm to the provincial capital of Mazar-e Scharif is set against a backdrop of rugged mountains. As their height decreases, the brown rocks merge with the parched yellow terrain of the steppe. At the heart of Mazar-e Scharif is the Blue Mosque, Afghanistan’s most frequented pilgrimage site. The area around the mosque is well visited at all times of day. Families sit among the shadows of the mosaic-tiled minarets or stroll in the little park outside the sacred shrine.

Neither the city’s residents nor its pilgrims could fail to notice the white office container, in which Sefatollah Rafat spends three days a week replying to questions. Rafat is the Ministry of Justice’s public relations officer for the province. The ministry has run a legal advice centre here in the shadow of the Blue Mosque since May 2014, providing rapid and unbureaucratic information on all aspects of the Afghan judicial system. Having received training from GIZ, Rafat now moderates legal information events at public institutions such as schools, mosques and even the bazaar.

The small office is equipped with a library of specialist literature and Ministry of Justice brochures. One of them bearing the title False Traditions informs visitors about illegal practices that have been handed down in families over generations – including domestic violence against women. 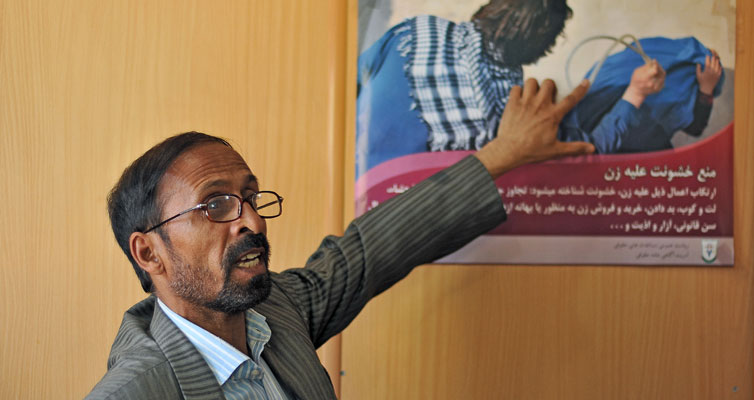 Sefatollah Rafat in the legal advice centre in Mazar-e Scharif

A poster on the wall sets the issue in perspective. It pictures a man beating his wife with a rope. In a country where most of the population are unable to read and write, pictures are a particularly effective way of conveying information. The Ministry of Justice also broadcasts advertisements on local radio and television to publicise the information centre.

In his work Rafat is regularly confronted with misunderstandings. These include the widespread belief that state legislation conflicts with religion. Rafat counters this belief with robust arguments, in an effort to gradually bring about change in people’s minds.

‘In my work I have observed that people now have greater awareness of their rights than was previously the case,’ says Rafat. This is reflected in the steady rise in the number of court cases in Balkh province. This development is not an indication of increased criminality, but of the fact that a growing number of Afghans now know and demand their rights.

The Afghan Government is planning to open 34 legal advice centres across the country. At the same time, the project is also strengthening cooperation between judicial institutions and universities. For example, law students at the University of Balkh are allocated work placements in the legal advice centre at the Blue Mosque and at other legal institutions around the province. This enables them to gain professional experience and become acquainted with the sort of legal problems that concern the population. 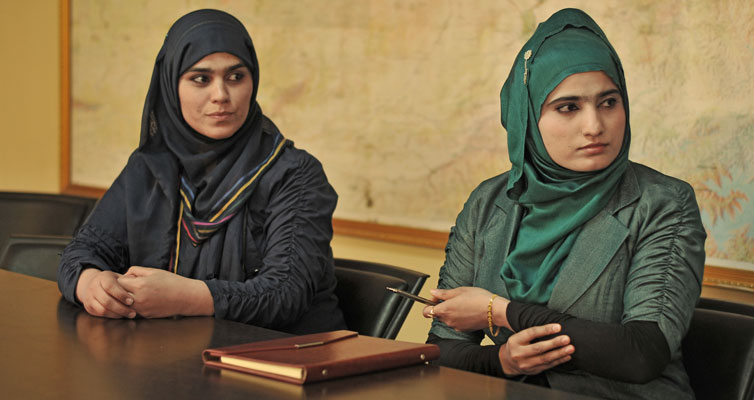 During her work placement at the Ministry of Justice, Lida Adeel, a 22-year-old law graduate, spent six months providing legal support to women. ‘The placement gave me a feeling for the type of legal problems women face,’ she says. The insight has now motivated Adeel to set up her own law firm specialising in women’s rights.

The legal professions currently remain a male preserve in Afghanistan. But if the mediators of northern Afghanistan have their way, women will in future be taken on to do the job also. The men expressed this view recently at one of their monthly workshops – a minor triumph in itself, which points to a gradual change of mindset.

GIZ in Afgahnistan
Governance and democracy