In a fragile country like Mali, greater stability in all areas of life is only possible if foreign, development, security and environmental policies are integrated with one another in the long term. GIZ is part of this strategy.

You do not associate a country like Mali with the term ‘human security’. This West African state is one of the ten poorest countries in the world. Since 2012, an armed conflict with Islamist terrorist groups has dominated the country’s northern region. Early in 2019, the situation also escalated in central Mali. In large parts of the country, the state is un­able either to ensure the immediate security of the people or to deliver services such as education. Against this backdrop, GIZ is working on behalf of the German Government. In Mali, we are part of an interlinked approach involving foreign, development, security and environmental policies that Germany has developed for crisis regions, as a means of achieving long-term peace. 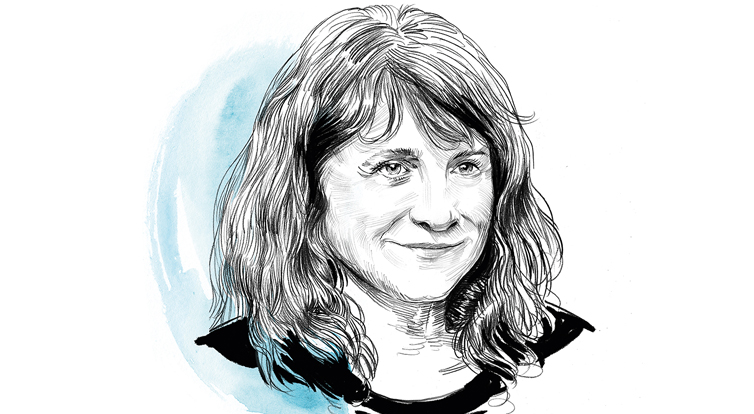 To this end, military and civilian resources in the country need to work together in a coordinated manner. One of the tasks of Germany’s armed forces, the Bundeswehr, is to provide training for security forces involved in missions for the European Union and the United Nations. Another important factor is the support we provide to Mali in implementing the peace agreement signed in 2015. In the northern region of Gao, GIZ is active at the civilian level, but in coordination with Bundeswehr troops.

Due to the security situation, most of our staff are based in the capital city of Bamako and can travel only sporadically to our six regional offices. Nevertheless, we cooperate with local partners who are present on the ground. Known as remote management, this allows us to remain active throughout the country. This is the way we work on behalf of the German Development and Environment Ministries, as well as the Federal Foreign Office and the EU. The focus is always on improving the lives of people in Mali and promoting reliable state structures – in short, on achieving a ‘peace dividend’. As such, all colleagues – whether specialised in stabilisation and peace or small-scale irrigation – collaborate closely with each other. We have identified communities that have worked to promote stability in Gao, and have supported them, for instance by organising local transport or building sports grounds. This is intended to help them uphold their commitment to peace.

In a complex society such as Mali, changes take time. It is all the more important, therefore, that we link our priority areas together rather than viewing them in isolation. And we are seeing success, for example in agriculture. The majority of the population depends on agriculture, yet only around a third of the surface area of this des­ert state can be used for this purpose. Moreover, due to the frequent droughts that result from climate change, the traditional rain-fed farming approach has reached its limits. Yet by using efficient irrigation, there is still potential for greater food security. That is why German development cooperation is supporting the construction of the necessary systems. GIZ is helping its Malian partners to maintain these systems and use them efficiently. More than 90 per cent of the irrigation systems that have been set up are being used intensively by smallholder farmers, resulting in a threefold increase in the rice harvest. This in turn contributes to the country’s economic stabilisation.

Arts and culture, which are highly regarded in Mali, also play an important part in peace and security. To strengthen social cohesion and counteract violent extremism, we provide support for artists and cultural centres. In this we aim to promote young people as ‘agents of change’. Opportunities for cultural expression are designed to help them find a peaceful place within society.

Faced with the headlines coming out of Mali, these seem like small steps to take. However, if we manage to provide a positive outlook for young people, it represents an investment in human security. A life lived in freedom and dignity, free from poverty, fear, hardship and despotism is something we all yearn for. And worth adopting a long-term approach for.