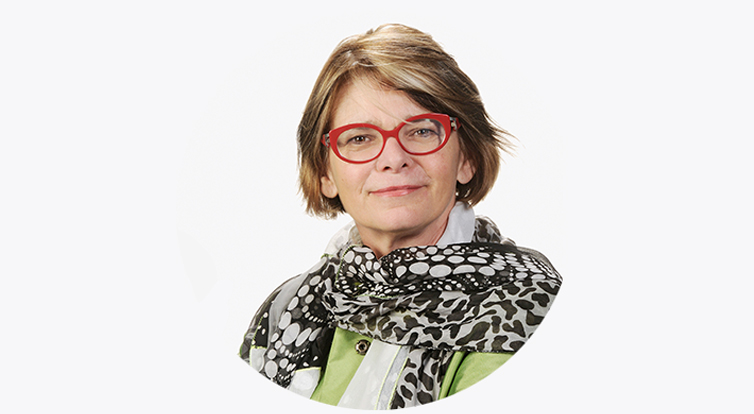 CHANTAL DE JONGE OUDRAAT
has been President of Women In International Security (WIIS) since 2013. Her areas of expertise in­clude women, peace and security, gender, international organisations, peacekeeping and US-European relations.

Security has traditionally been a male field. Where do we stand in terms of female participation?
Across the globe, the under-representation of women in national and international security institutions remains glaring. Gender perspectives are insufficiently integrated into analyses of national and international security challenges. Gender perspectives are usually afterthoughts, if they are thought about at all. Lastly, violence against women continues at horrifyingly high levels.

Are there any geographic differences?
Progress towards gender equality has varied greatly from country to country. But no country has achieved gender equality. When you examine the obstacles to progress, it is not the differences that are striking, but the similarities between countries. Most national and international security establishments are comprised mainly of men and run by men. They have been reluctant to bring women into professional or policy-making positions, especially if this would displace men. These policy establishments also look at national and international security issues in very traditional ways and continue to treat gender issues as marginal issues.

Are we moving forward or backwards here?
Progress is uneven across the world and has even been reversed in some countries. To me, the wave of neo-patriarchs coming to power in the 2000s and 2010s is particularly worrisome in this regard.

Why is it important to have women engaged in security issues?
There are rights- and needs-based arguments. The first is grounded in the principle of gender equality. The second acknowledges that neglecting 50 per cent of the population leads to ineffective outcomes. In Afghanistan and Iraq, for example, the US military had to recognise that its male-dominated forces could not engage with half of the population. It led the USA to rescind its prohibition on women serving in combat positions.

Would you say this rationale is the same all over the world?
Yes, this is universal.

Are there matters where women can make a real difference?
Of course, and so can men! But we must stop talking about women and instead talk about gender. The Women, Peace and Security resolutions adopted by the UN Security Council explicitly refer to ‘women’. This has helped to highlight the important role of women in security affairs. Unfortunately, it has also made it easy for the traditional security community to pigeonhole this agenda as a ‘women’s issue’ and treat it as a secondary or tertiary issue in national and international security policy. In addition, many policy discussions in this context conflate ‘women and girls’, ‘women and children’, and ‘women and youth’. I personally feel this points in the wrong direction because it infantilises women, reinforces the idea that women have no agency and bolsters the prevailing pattern that excludes women from participating in national and international security policy-making.

What are the next important steps to increase female representation in security issues?
Policy-makers need to understand that the perpetuation of gender inequalities is not just wrong, it is stupid. Research has shown that higher levels of gender inequality are correlated with a greater propensity for conflict and instability. We also know that peace processes that include women are more likely to last and 64 per cent less likely to fail. The current inequitable state of affairs has serious, negative consequences for national and international security. Promoting gender parity in security policy affairs is the right thing to do and the smart thing to do. Human security encompasses more than the absence of war. It envisions a life free from fear and want – for all. Essay by US security expert Mathew Burrows. In today’s world, war and weapons are no longer seen as the biggest dangers. The threat to humankind from climate change and natural disasters is more acute than from any other source.